It can be difficult to choose the perfect feline design since there are so many possibilities. The feline, or cats, are generally very popular tattoo design choices mostly because of the versatile meaning and ability to adjust according to one’s personality and nature.

But, if you really can’t decide which feline design to go for, we recommend you go for a black cat. Chances are you’re already made up your decision and want to know more about the meaning and symbolism of a black cat tattoo. Either way, in the following paragraphs we’ll take a look at the meaning of black cat tattoos, and look at some design ideas that can be completely personalized to your liking.

When it comes to black cats, we can say that almost everywhere in the world they’re associated with superstition, bad luck, and generally occultist origins and symbolism. It is considered bad luck if a black cat crosses the street in front of you in Europe, for example. Not to mention that black cats are also associated with things of mystery and the unknown, witchcraft, and mystical things.

So, as we can see, our black feline friends haven’t had so much luck in the way humans perceive them. It is believed that black cats, because of superstition, are the least adopted cats, for example.

However, as the years go by, people are becoming less superstitious and more open to black cats. They still carry the symbolism of mystery, spirituality, or represent something mystical and secretive. But now, such meaning has a more positive connotation rather than negative.

Popular Black Cat Associations (And Use In Tattoo Designs)

This black cat symbol is often known as the ‘sab cat’ or ‘sabo tabby’ and is associated with anarcho-syndicalism (a branch of anarchism focused on labor organizing). In this context, the black cat was used as the idea of sabotage, or the ability to frighten the employer by using sabotage of a black cat as the bringer of bad luck.

The sab cat is known to be used as a tattoo design even nowadays. It usually carries the same contextual meaning, but many people get an alert black cat tattoo even without knowing what it stands for.

The crew for STS-41C (which was supposed to be STS-13) made a little joke and decided to use the number 13 and a black cat as a mission patch. The mission was a complete success, and its crew even landed on Friday the 13th.

The patch design is known to be used as a design for some tattoos. It is usually a design choice of people knowledgeable of this story, and who are willing to depart from the superstitious nature of black cats or the number 13.

Black cat tattoos can be extremely interesting. They can be featured alone in the tattoo, often sitting, or walking with the tail up. Often, however, the black cats are accompanied by some other symbolic items, like a full moon, a tree or a bird, stars, a nighttime setting, a Halloween-inspired setting, witch-like hats, etc. Here are some other design features when it comes to black cat tattoos;

Arched Back or Walking Black Cat

Black cats in some tattoos can be often seen in a seating position, but when standing, the cat’s back is often arched, the tail is raised and it usually appears to be walking. This position usually indicates fear or foreboding. The hair or the fur is also raised, and the tail takes a weird shape to even further the image of fear.

The cat can be accompanied by a full moon, to evoke a more occultist and ominous imagery. Some black cat tattoos feature a tree or a branch and a cat sitting on the branch. There can also be an indication of birds or bats, in a generally nighttime setting.

Some black cat tattoos feature a close up of a cat’s face where the eyes are emphasized or even cartoonish. The eyes are often colored, and generally in such tattoos, represent the centerpiece, since they can be incredibly striking.

Black cat tattoos are often based on black cat depiction certain (anime) cartoons; for example, one of the most famous cartoon black cats is the one from Sailor Moon named Luna.

Some black cat tattoos feature flowers, most often with emphasized thorns, leaves, and petals. The floral patterns make the tattoo design more feminine and emphasize the innocence of the cat rather than its superstitious and ominous symbolism.

Some tattoos can feature a simple black cat silhouette, just to evoke the imagery of a black cat without the detailing. The silhouette still stands as a strong symbol, despite the lack of detailing, or color. There can, however, be a lot of shading to emphasize the cat silhouette and mysteriousness.

There are black cat tattoo designs that only feature linework and detailing, without shading and filling in of the tattoo. In such tattoos, the focus is more on the meaning and what the cat represents.

Some famous black cat tattoos evoke the Egyptian cat symbolism. In ancient Egypt, cats had a semi-god status, and they were worshipped for their ability to get rid of mice and similar vermin. Cats in such tattoos are often in a position of power, with a lot of jewelry and heavy collars. These are probably the most detailed black cat tattoos since the goal is for the cats to look as close to the Egyptian cats as possible.

A realistic black cat tattoo is also an interesting and popular design. The tattoo showcases the cat as realistically as possible, with a lot of detailing and emphasis on the fur and the eyes. These tattoos can be smaller or bigger, but either way, require a professional hand and labor-intense work.

And, of course, some black cat tattoos are a way for an owner of a black cat to honor their beloved pet, so these tattoos are rather personalized and unique. The owner can choose a design that represents their relationship with the cat. Some owners go for a design where the cat, for example, plays with a favorite toy, or a design where the cat’s majestic black fur is emphasized.

Some people like to get black cat tattoos which are unique. The imagery can vary from one design to the other, but one thing is sure; these tattoos have never been seen before. They’re either so intricate that they seem alive, or they’re rather simple but still, the design is incredibly effective. If you want to depart from the traditional black cat design, then we recommend you draw some inspiration from the following tattoos.

Will I have bad luck if I get a black cat tattoo?

Well, if you’re superstitious, you probably already believe that black cats bring bad luck, so it wouldn’t be a good idea to get such a tattoo in the first place.

But, if you think about it rationally, black cats are just cats with black or darker fur. These are lovely little feline friends of ours which can be pretty magnificent and beautiful.

We don’t think you will have bad luck if you have a black cat tattoo. But, if you do choose to believe in some ancient, anecdotal beliefs, then you can consider a black cat as a bringer of good luck, as it is a practice in some cultures.

Do black cat tattoos need to be small or large?

Depending on the design, black cat tattoos can be of any size. Also, the size of the tattoo depends on where you’re going to place it on the body.

We recommend you go for a larger black cat tattoo in case it features a lot of details. This way the details will be clearly visible and won’t fade away as fast as in smaller designs.

But, in case you want a silhouette tattoo, or a simple, full moon cat design, you can go with a small or medium tattoo. These tattoos don’t often feature a lot of details, and the effectiveness and symbolism can be easily achieved with proper shading.

Tattoo cost can vary from one design to the other. The same goes for black cat tattoo designs. If you want to get a larger black cat tattoo with a lot of detailing, additional items, and even colors, you can expect to pay up to several thousand dollars. However, smaller tattoos, like the silhouette or simple cat outline design can cost up to a few hundred dollars.

The final cost of the tattoo will depend on the size, design complexity, personalized design creation or the use of an existing design, the placement of the tattoo, the use of colors, and of course, the very tattoo artist and the tattoo shop. So, before you get a tattoo, discuss all of these elements with your tattoo artist to get some info about the approximate cost.

For the final thoughts, we’ve decided to remind everyone reading this that you can get any kind of tattoo that you want. If a black cat design is something that speaks to you, then go for it. Don’t let some 1000-year old superstition and misconception get in the way of an awesome tattoo.

The tattoos you wear have the meaning you ascribe them with, so even if some people still think that a black cat will bring bad luck, your black cat tattoo can bring you good luck. It is all about perception and what we decide to believe in.

What we can also advise you is to always have your black cat tattoo done by an experienced professional. Even though the design can seem simple, black cat tattoos require technique and knowledge of shading, detailing, and angle placement onto the skin. So, that’s it for now; we wish you good luck and we hope some of the featured tattoos have been inspirational! 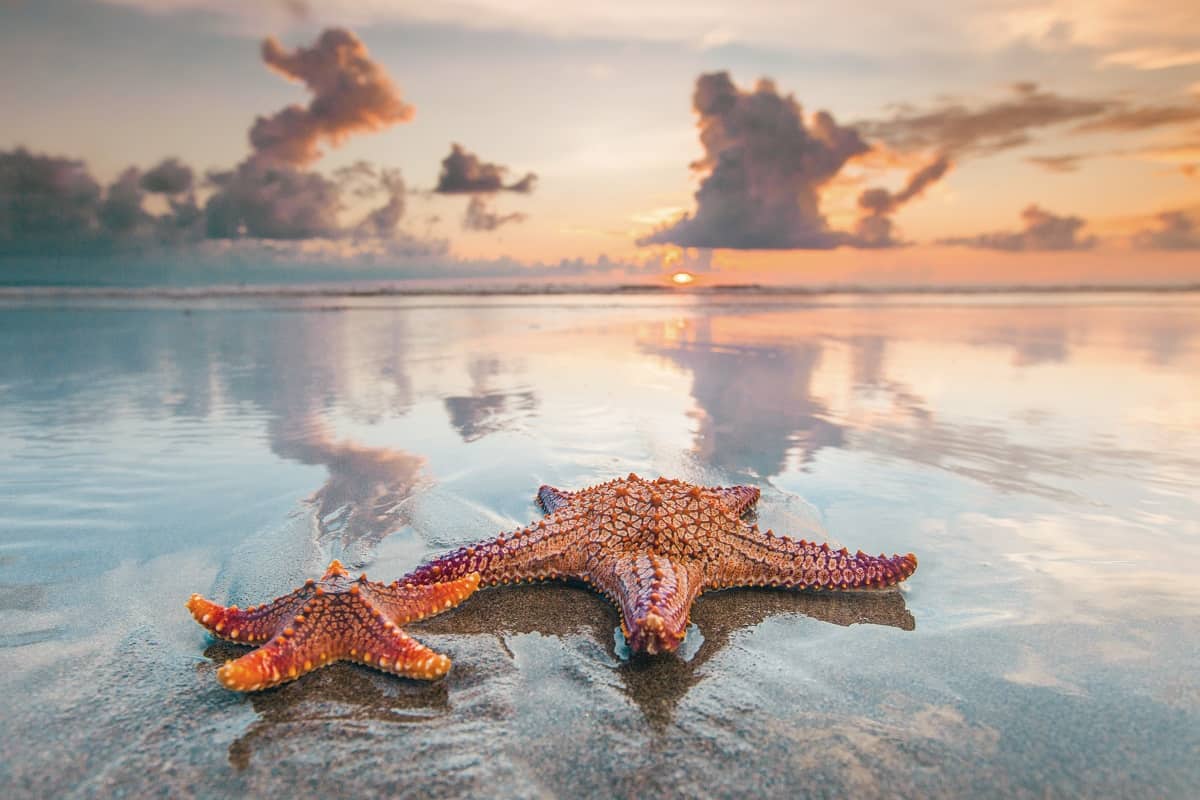 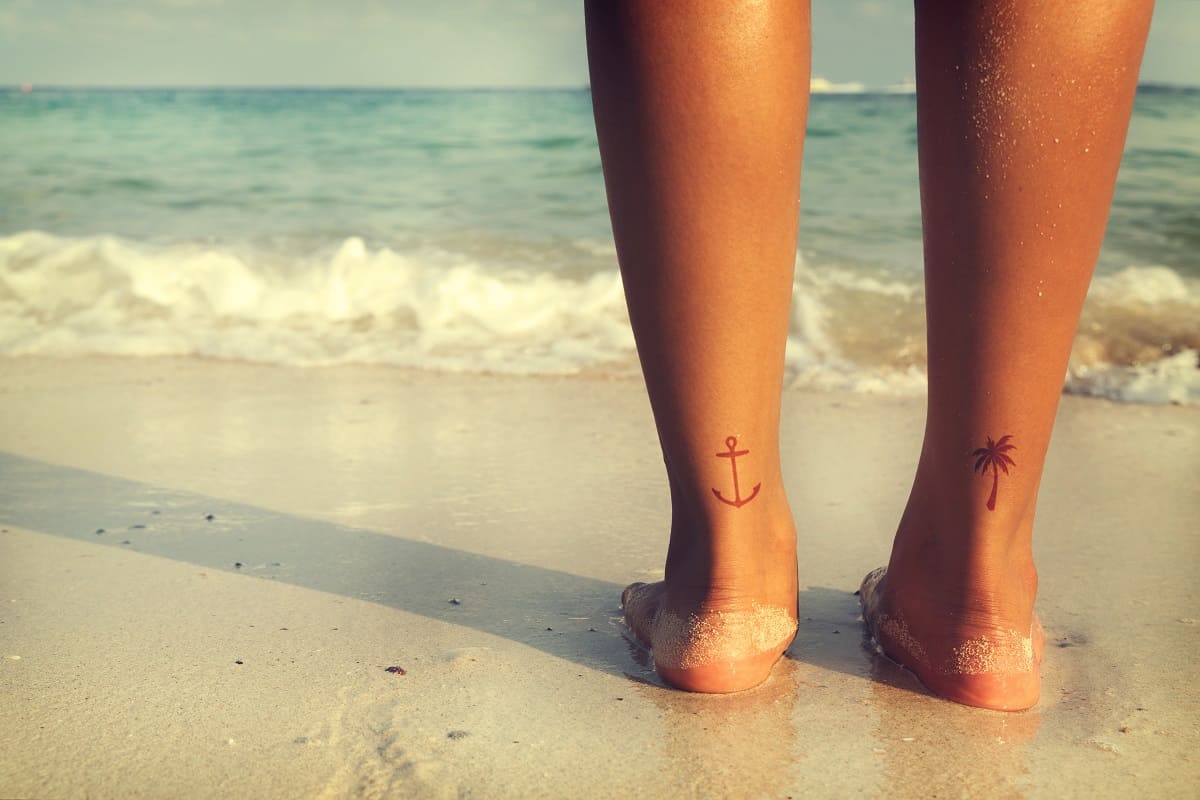 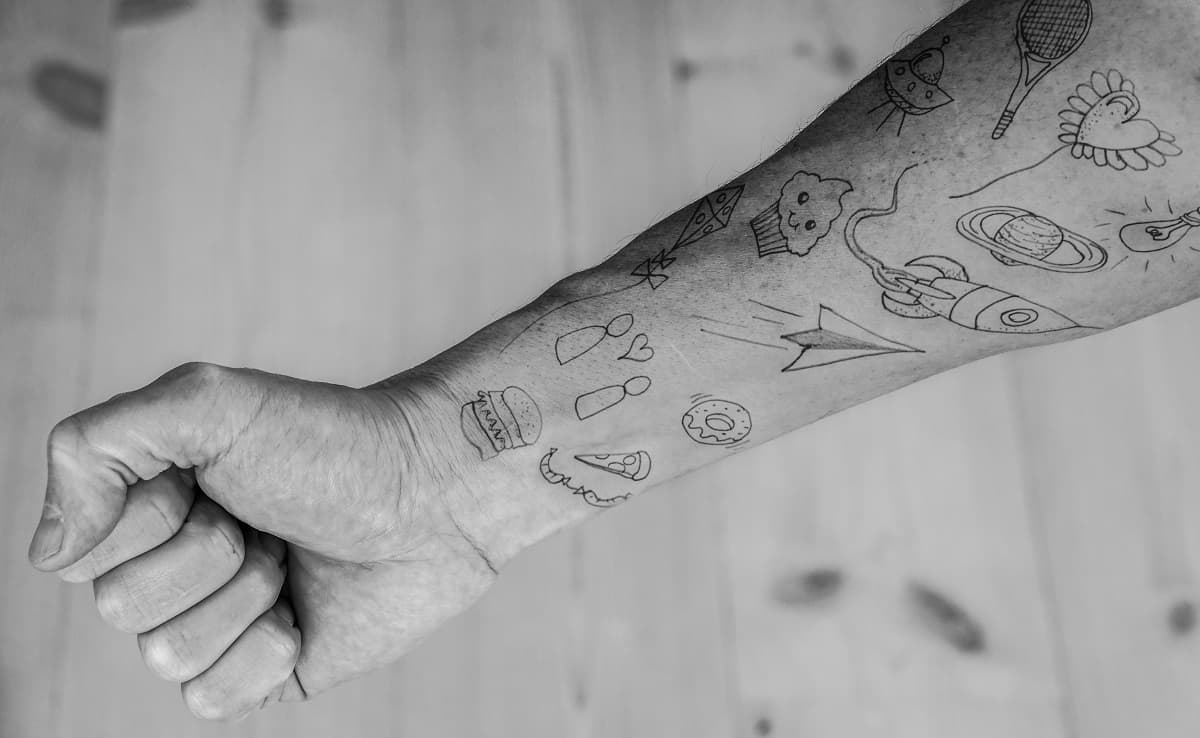 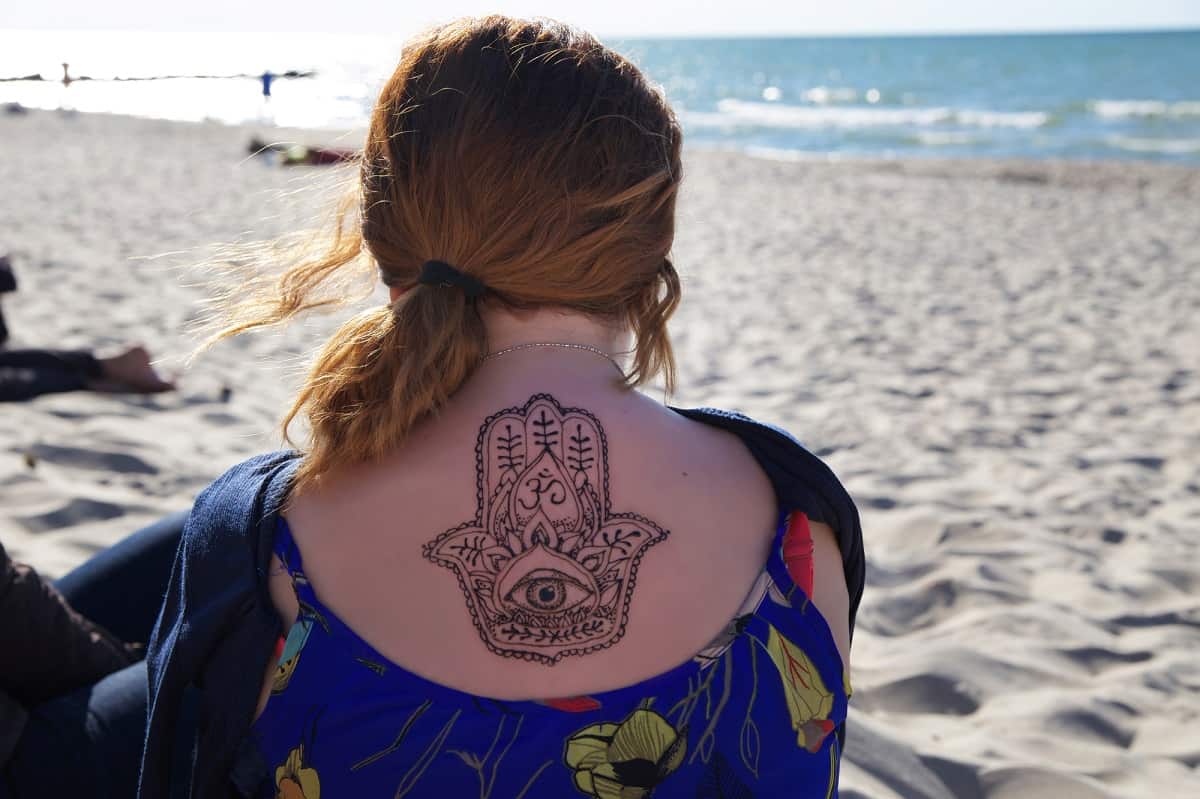 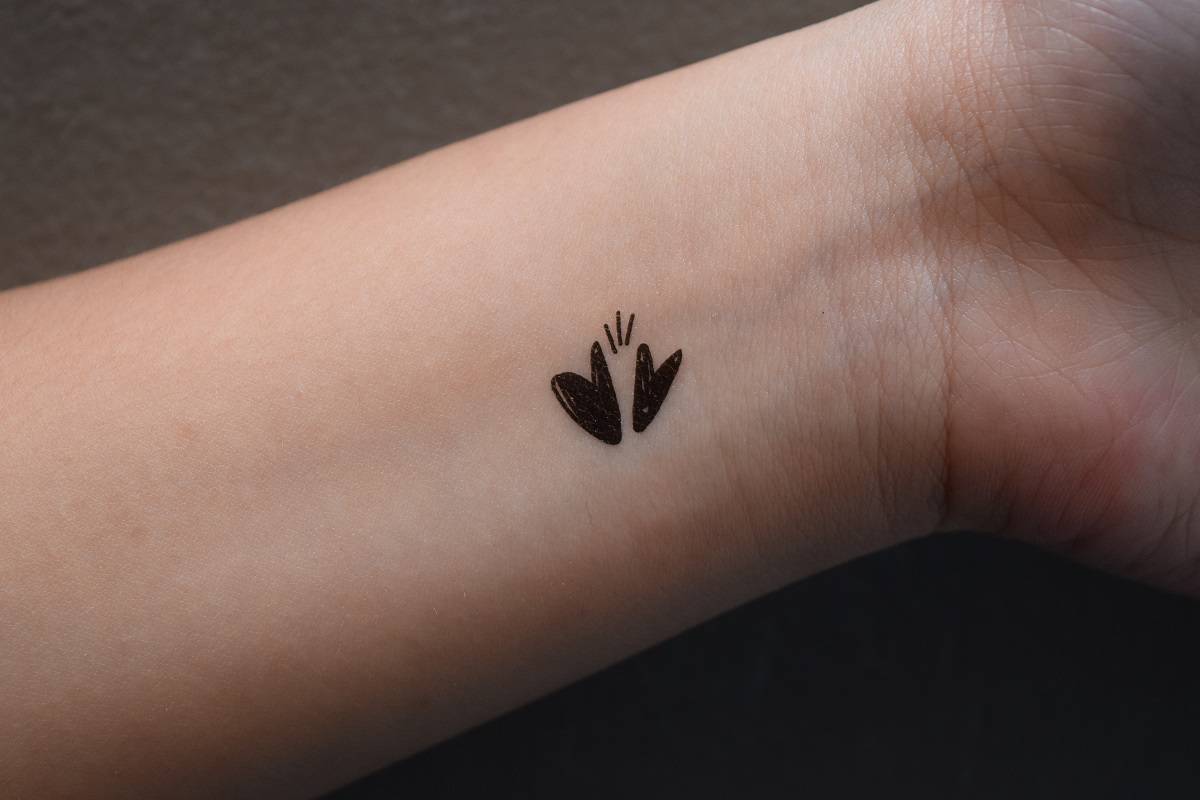 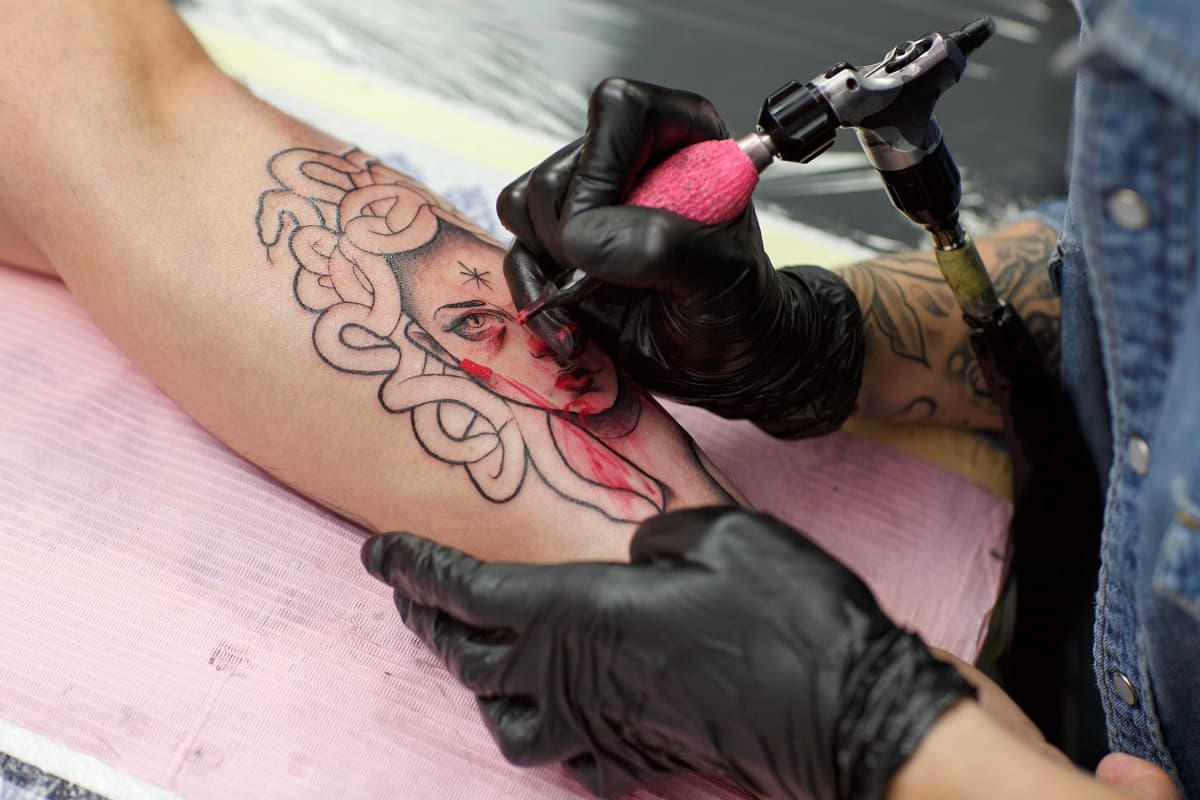