Let’s be real; whenever we want a new tattoo, we tend to look for celeb tattoos for inspiration. Or, sometimes we see a celebrity with a super cool tattoo and we want to get the same one in an instant. And, that’s okay. Other people’s tattoos have served as inspiration for our own tattoos for centuries; nothing new, right? But, not all celebrities have good tattoos, let’s be perfectly honest. However, because they get their tattoos done by some of the best tattoo artists in the world, we just can’t help but take a look and draw inspiration (or a lesson).

For a long time, female celebrities, whenever they got a tattoo, would stay silent about it. The tattoos were often small and hidden, because of the social stigma against tattoos, especially against famous women wearing them. However, at the end of the 20th, and the beginning of the 21st century, we’ve seen superstars, like Angelina Jolie for example, sporting their bold tattoos out there in the open, for everyone to see.

So, for all our female (and male) readers out there, we’ve comprised a list of female celebrities with the best tattoos, so you can not only draw design inspiration but also be more confident about getting a tattoo in the first place. Therefore, without further ado, let’s get started!

Our Top Picks for Female Celebrities With Tattoos

This world-renowned actress and activist has been mesmerizing us with her talent, bravery, and beauty for decades now. Nowadays, Angelina has turned towards a calmer, activism- and family-oriented life. However, in her youth, she was a real rebel. As such, she has developed a deep love for tattoos. Angelina has dozens of tattoos, some of which she has gotten covered up in the meantime. Still, her tattoos are super iconic and anybody would recognize a picture of those tattoos in an instant.

Angelina’s Khmer script tattoo is probably her most recognizable tattoo ever. However, there are other tattoos like the Roman numerals on her left forearm, the Bengal tiger tattoo on her lower back, as well as the iconic cross and quote tattoo on her lower stomach area.

Megan Fox is also one of the most famous actresses in the world. After a long hiatus from the media, she has returned to being the IT girl in the past two years Because of that, we’ve been reminded that she not only has tattoos but that those tattoos are super cool as well. We simply had to include her right after Angelina Jolie since they share the same energy of the ‘bad girl’.

Now, Megan’s tattoos are mostly references to literary works and famous figures/symbols. For example, her upper back tattoo is a reference to the final scene in King Lear, one of the most famous works of William Shakespeare. There is also the poem tattoo on her left ribcage area, as well as the newest tattoo on her collarbone, inspired by her boyfriend, turned husband, Machine Gun Kelly.

Rihanna is a pop icon, turned businesswoman of the decade. We all know and love her, and everything she does is always a win. The same goes for her incredible tattoos. She’s never been afraid to experiment and show off her creativity, so when she showed off her ‘stars down the neck’ tattoos almost a decade ago, we weren’t really shocked. Everybody loved the design (but it didn’t age well since it matched her ex-boyfriend’s tattoo, who is Chris Brown by the way).

Then, her henna-style tattoo covering her right hand simply blew our minds. This mandala-inspired ink was and still is, so iconic that it started a completely new trend of arm and finger tattoos. Our favorite Rihanna tattoos are the Nefertiti tattoo on her ribcage as well as the iconic goddess Isis on her chest.

Lady Gaga is known for being eccentric and incredibly self-confident. However, in her starting days, she had to learn to love herself and her body. That is when Stefani Germanotta (Gaga’s real name) embraced herself and everything that comes with that, including her body covered with tattoos. Gaga has numerous tattoos, and we love each and every design.

Another queen of tattoos on this list is definitely Miley Cyrus. This ‘Nothing Breaks Like a Heart’ singer has dozens of tattoos, and quite frankly, all of them are a win. The majority of her tattoos are done in reference to her music, her origin, and her family, and some tattoos seem like random designs, but we’re sure Mile has a personal interpretation of those as well.

Some of the tattoo designs Miley is sporting so confidently include the motorcycle tattoo on her shoulder, done in tribute to her father, Billy Ray Cyrus. There are also numerous quote tattoos all over her body, the dream catcher tattoo on her right side, as well as a tribute to her dog Floyd. If we had to choose our favorite Miley tattoo, it would definitely be the Vegemite tattoo on her left arm (apparently Miley is a big Vegemite fan).

This list simply couldn’t be done without having Halsey in it. Now, she is covered in tattoos, and each one of the designs is super cool and incredibly well done. This famous singer just became a mother, and those tattoos have never looked better on her than now. Even though her tattoos seem pretty random and unorganized, they’re actually all planned out thoroughly, and each design has a personal backstory.

Our favorite Halsey tattoo is the Little Prince-inspired tattoo on her left leg. However, her other tattoos, like the knee band-aid, the planet Mars, the Air Jordans, and the dagger, are all a win in our book. Despite the designs being seemingly random, they all tell a story of Halsey’s life, her music career, her mental health struggles, and her success.

Don’t we all miss the time when Kesha’s Tik Tok song was super popular, and there was no TikTok app anywhere in the sight? We all probably do! But, we’re here to talk about Kesha and her super awesome tattoos. Even though she isn’t in the media as much as she used to be, we didn’t forget about her and her awesome ink. She has dozens of tattoos, and the designs seem to be getting better with each new tattoo addition.

Our favorite tattoo of Kesha has to be the tiger tattoo on her left hand. It is super vibrant, done in an old-school style. There is also the spaceship tattoo on her left wrist, as well as the beautiful Narwhal tattoo on her left forearm. Kesha likes her tattoo small and organized all over her body, so it is hard to even catch all the designs and their meanings.

Despite being rather secretive about her tattoos, we’ve managed to have a few glimpses of her ink in the past few years. Because Billie has always been sporting a more covered fashion, lately she has become more accepting of her body, and therefore, more revealing. She has shown off some of her tattoos in fashion magazine campaigns, and we’re simply in love.

For example, the massive black dragon on her right thigh is simply mesmerizing. And then there are the three fairies tattooed on her left hand. We’re not sure about Billie’s other tattoos, but we’re sure that she7ll be showing them off in her future endeavors. We’re super excited to see what will Billie get tattooed next.

And that’s it! These are our favorite female celebrities with the best tattoos. Hopefully, this will inspire you to get a tattoo and sport it boldly and confidently just like these women. Never be scared of other people’s opinions, and whoever tells you you shouldn’t get a tattoo because you’re a woman, walk away from them and follow your own instincts and creative path. These women have shown us that tattoos are far away from the set social stigma; they’re a creative expression of one’s life, journey, struggles, memories, and so much more. 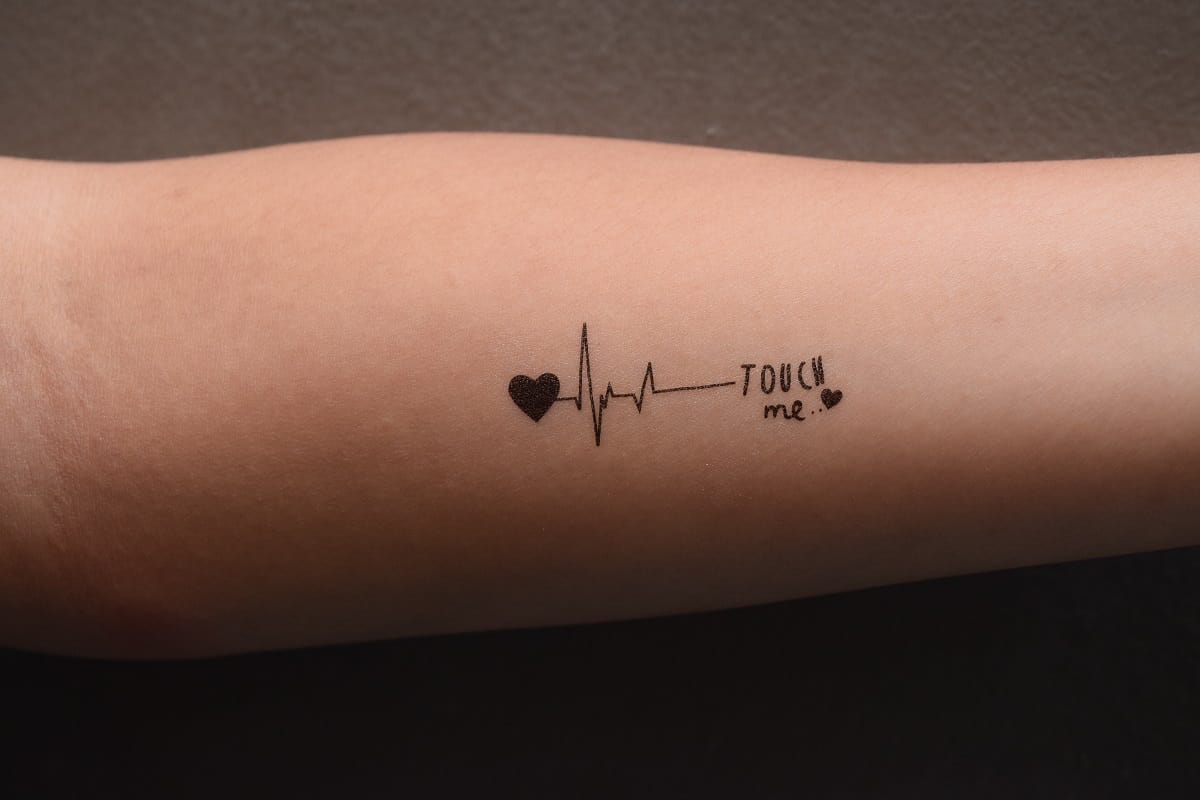