Is Laser Tattoo Removal Expensive? (And Other Removal Options)

Getting a new tattoo is always an exciting moment in one’s life. But, what happens if the tattoo turned out terrible or you simply don’t like it. Well, there are few ways you can get rid of it, even though it is thought to be a permanent body artwork.

In the following paragraphs, we’ll take a look at your best tattoo removal option and see how much it will cost you. So, without further ado, let’s get started!

1. What Is Laser Tattoo Removal and How Does It Work?

Laser tattoo removal is an effective way of using the photomechanical effect to shatter the tattoo particles and remove the specific pigment or ink in the skin. The lasers used for this procedure are known as the Q-switched lasers, which use infrared light at specific frequencies to target the tattoo ink.

The laser sends the infrared energy to the skin in one strong pulse or shock wave, so you can expect some weird sounds during the tattoo removal session. The energy targets the ink in the skin, even beyond the surface levels. It then heats the ink and dissolves the tattoo particles. But, how do these Q-switched lasers truly work? Here’s how;

Q-switched lasers are the only commercially available lasers able to do this procedure effectively. Unfortunately, tattoo removal is rarely done in one session. Depending on the type of the tattoo, it will for sure take several laser sessions to even start seeing effects.

2. Who Can Get A Laser Tattoo Removal?

Now, let’s start by saying that if you just got a new tattoo and you don’t like it, you’re not the best candidate for laser tattoo removal. Newer tattoos take time to heal and grow a new layer of skin before they can be treated by a laser. And, this can take up to 6 to 8 months.

So, who can get a laser tattoo removal?

Well, if there’s an older tattoo you want gone, you would be the best candidate for the procedure. Older tattoos are much easier to remove, especially if they’re medium or small and don’t have a lot of coloring and shading going on.

Note: if your tattoo is green, brown, black, or dark blue, the laser removal will be done much easier and faster. That is because these ink colors absorb the heat and energy from the red laser unlike other colors, which require other laser colors or do not respond to lasers at all (like the yellow color).

But, if your tattoo is larger and colorful, you’ll have a hard time removing the ink. It will take a lot of laser sessions (sometimes even more than 20), which would be time-consuming and incredibly expensive.

3. Who Should Not Get a Laser Tattoo Removal?

But, even though laser tattoo removal might not be for you, there are still other options to remove the tattoo without aggravating our disorder or condition. You can go for chemical removal, surgical excision, or dermabrasion, so long it doesn’t aggravate or flare-up your condition.

4. So, Is Laser Tattoo Removal Expensive?

Just like any skincare service, laser tattoo removal is a high-cost procedure, apart from few exceptions where the tattoos are really small and older, so few sessions are required.

In any other case, the price for one session can vary between $500 and $1000. In some cases, the price per session can go even over several thousand dollars. The price usually depends on the tattoo; how old it is, whether it is colored, and where it is placed on the body. The larger and more complex the tattoo and the placement, the higher the cost of the laser procedure per session.

For an average laser tattoo removal of 15+ sessions, you can expect to pay between $7000 and $15,000. Some studios do offer bundle payment options (you can get a discount for 5 sessions per bundle), or you can pay monthly, or over time.

5. Why is Laser Tattoo Removal Expensive?

6. Why Does The Tattoo Determine The Total Cost?

Well, the laser removal studios do have an established hourly rate. But, if a tattoo is small and of a certain color, it can be removed quickly, so you only have to pay for several sessions, often between 8 and 12.

However, other types of tattoos affect the pricing differently. For example, it will require more sessions if the tattoo is;

If a tattoo is small, black, and located, let’s say in the bicep area, and has low density, you will require up to 12 sessions, which could cost up to $7000, on an estimate. But, if a tattoo is large, colored, has a high ink density, and comprises a full sleeve, for example, then you can expect up to 25 sessions and a final cost of up to $15,000, on an estimate.

7. What Should I Know Before Laser Tattoo Removal?

Here are some of the main factors to consider before you make an appointment and look at the tattoo removal cost;

Other Tattoo Removal Options and Costs

In case you are not a suitable candidate for a laser tattoo removal procedure, or you find it too expensive for your budget, you can try surgical tattoo removal. This procedure is less expensive than laser removal, but there are a few downsides to it as well. For example;

If you’re worried about the scarring, you can mitigate the scar by following the surgeon’s aftercare instructions closely and regularly. Just keep the treated area clean and do not expose it to sun and heat. Apply the prescribed ointment and contact your surgeon in case of any signs of inflammation or infection.

The cost of surgical tattoo removal depends on factors like the size of the tattoo, and where it is located. So, for example, you can pay anywhere between $150 and $350 for the surgical removal of a small tattoo.

Another alternative to laser tattoo removal is dermabrasion. This procedure includes the removal of skin layers using a sanding device, to let the ink leach out.

Unlike laser and surgical tattoo removal, dermabrasion is not common for numerous reasons;

The cost of dermabrasion procedures depends on the size of the tattoo as well as the coloring. Therefore, the cost varies between several hundred and several thousand dollars. Because of this, we don’t think it’s the best tattoo removal option, since it can be just a pricey as other options, but less effective.

Covering The Tattoo With Another One

And finally, if none of the aforementioned options seem to work for you, we recommend one last thing; covering the tattoo you don’t like with another tattoo. This might be the most cost-friendly options, but you need to know a few things before embarking on this journey;

When it comes to the cost, it often depends on the size of the tattoo and the fact that the artist has to come up with a new, custom design to fit the old tattoo. This can increase the price of the tattoo drastically, so you may end up paying more for the cover-up than the original piece. The price for small tattoos starts at around $100 and can go up to several thousand dollars. Even so, it is much cheaper than getting laser tattoo removal.

The best way to prevent dealing with tattoo removal is to think hard about what you want from the tattoo and find someone who will do it properly. Some people want to save money, so they go to less experienced tattoo artists and then have to deal with tattoo removal which is far more costly.

But, if you’re left with a bad tattoo, we recommend you either go for laser removal or find a high-end professional and do a cover-up tattoo. These options seem to be most worthy of your money. Not to mention that laser removal can be paid monthly, which should fit your budget even better. For more information, contact your local laser removal studios and tattoo shops. 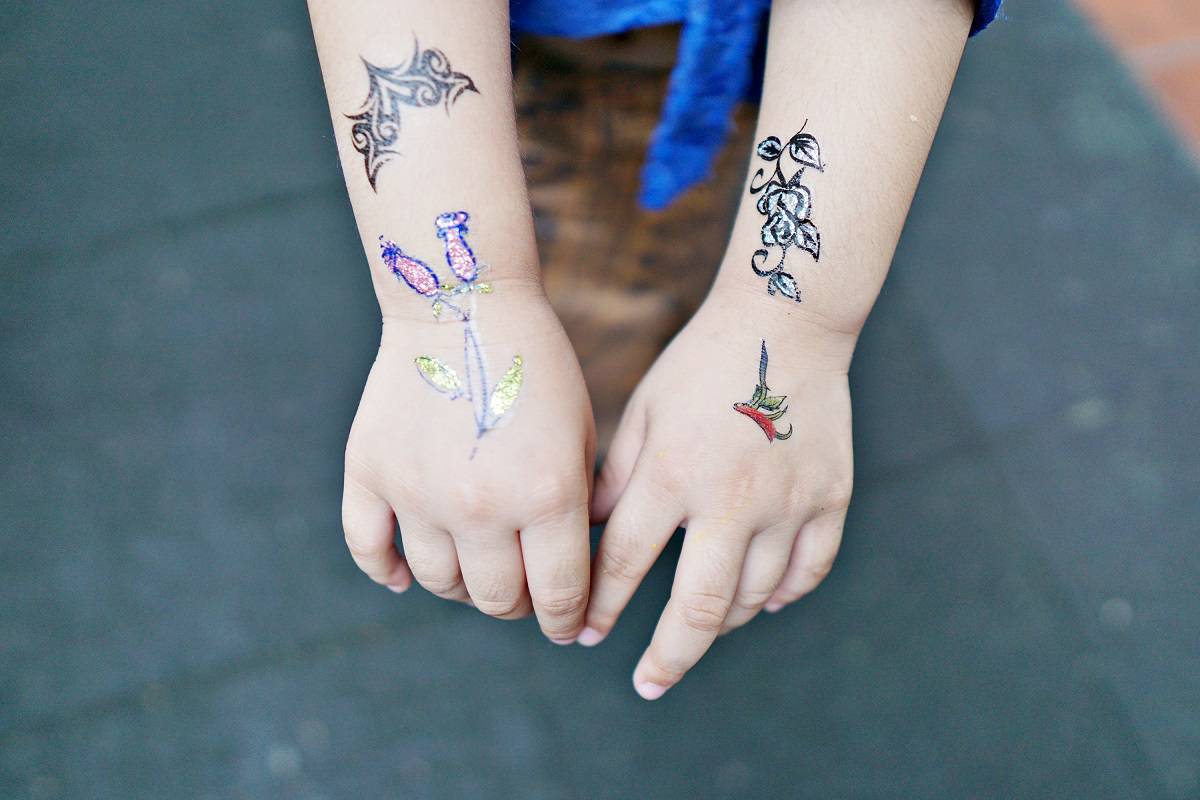 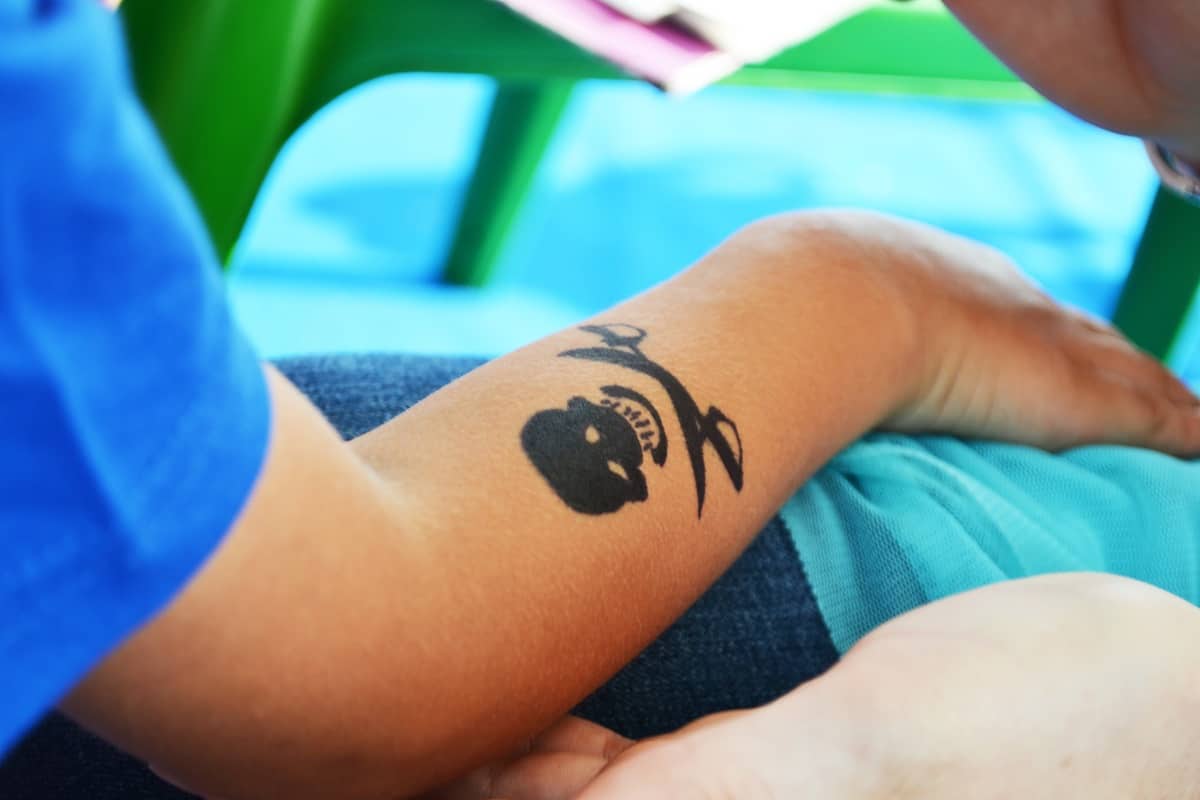 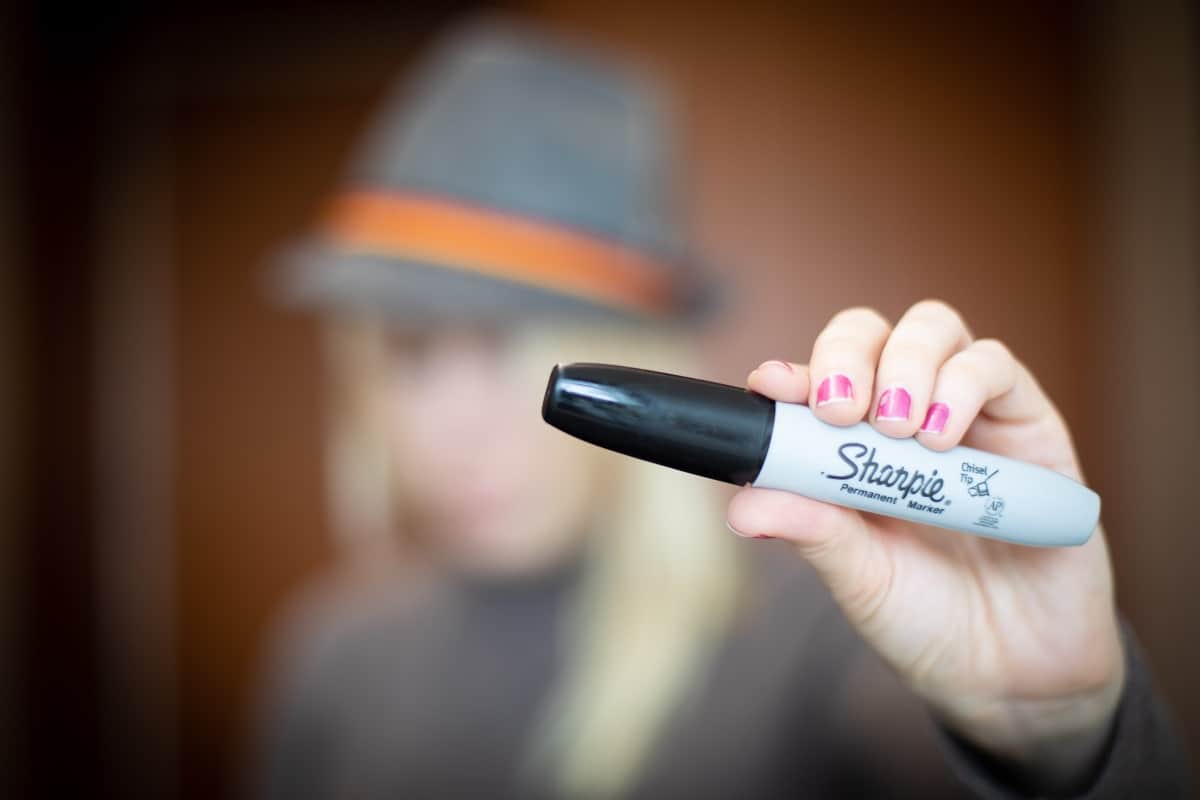 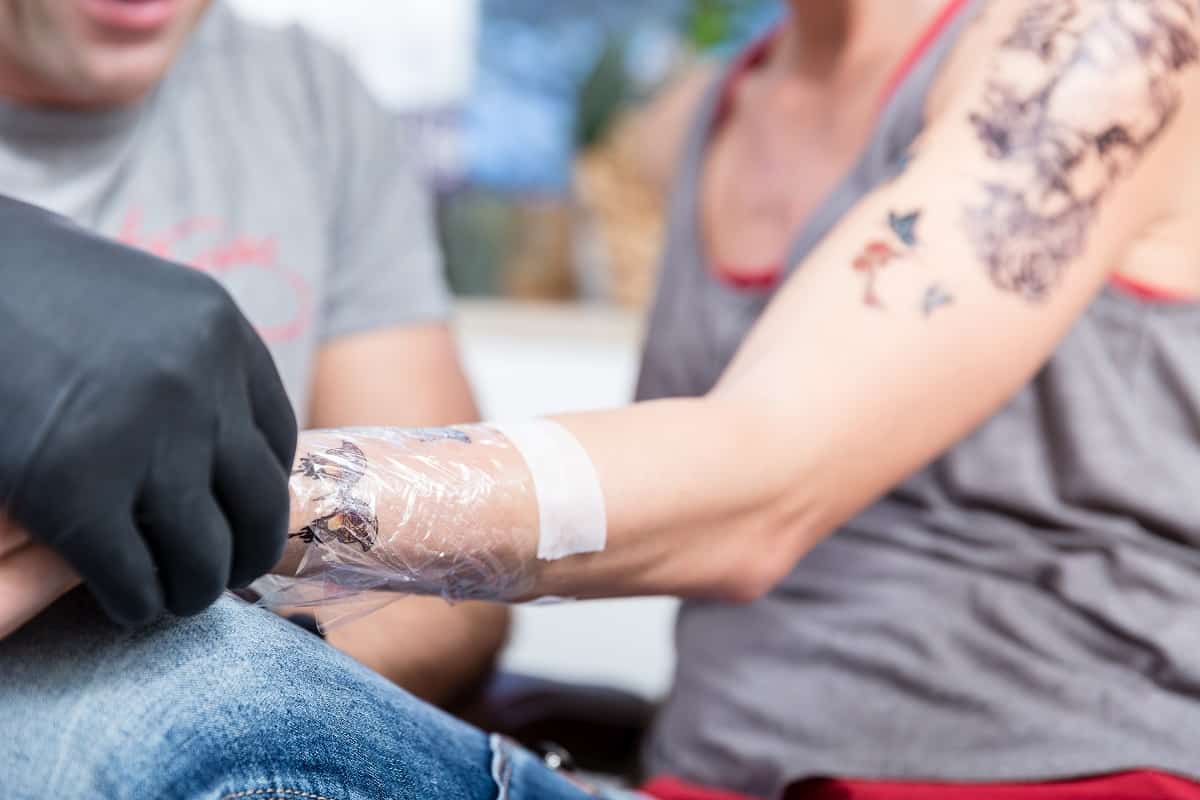 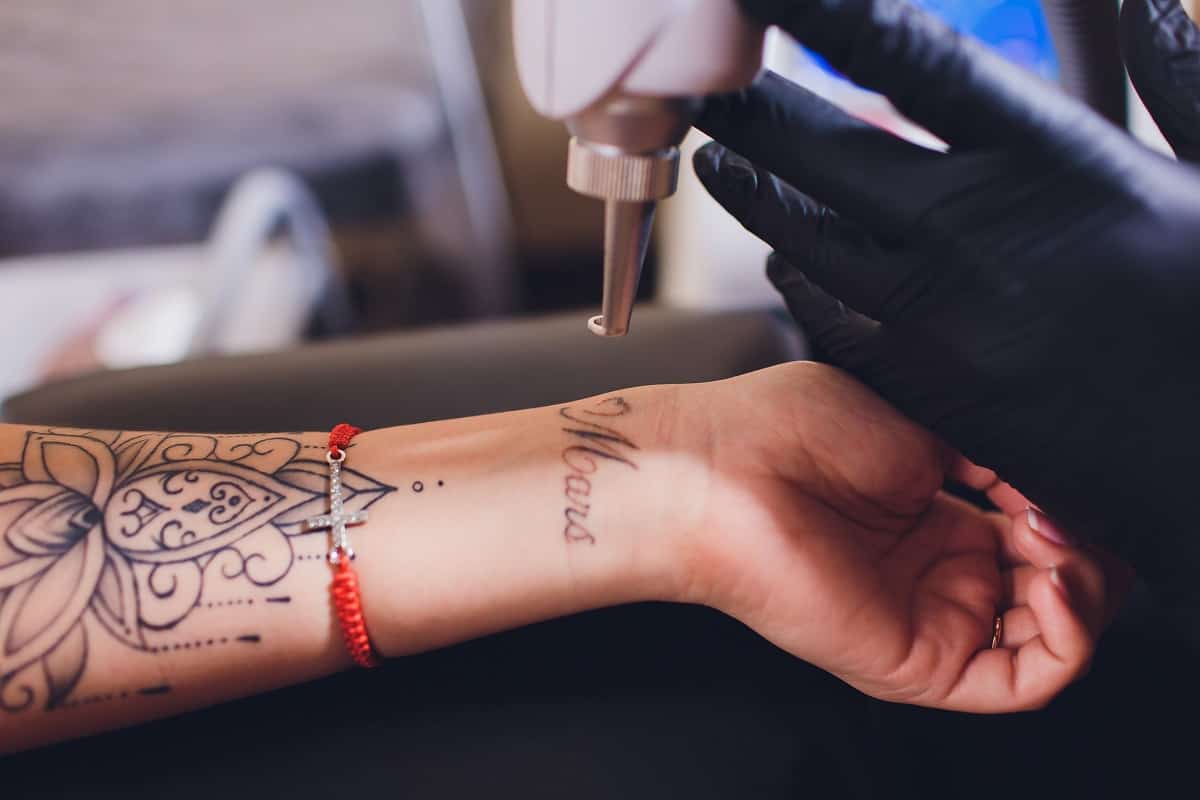 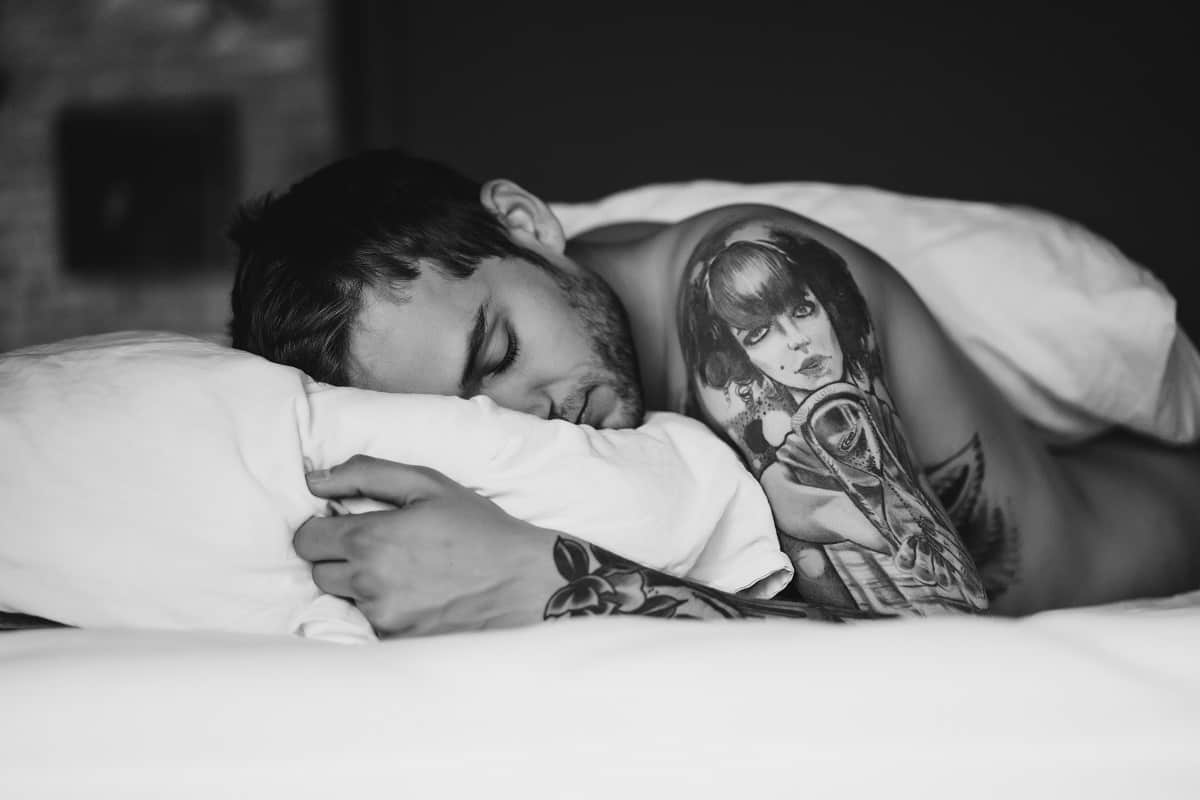 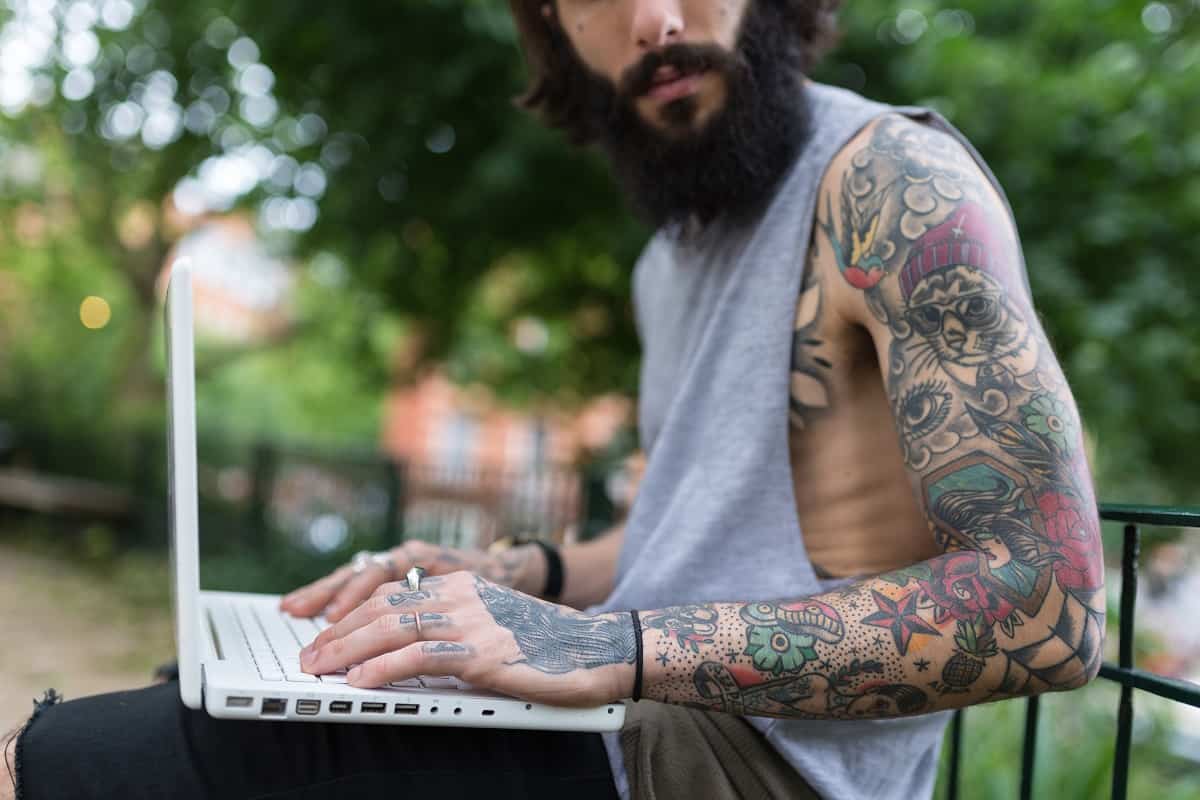