New School vs. Old School Tattoos: What’s the Difference and Which One to Get?

Choosing a design and style for a new tattoo can be a difficult process, especially if you’re having a hard time making a decision. Truth to be told, there are so many different tattoo styles and design options, so it is completely normal if you’re feeling a bit lost in all of them, Luckily, doing a little bit of online research can help you out significantly, not only in striking the final decision but also in informing and teaching you about the different tattoo styles, their differences and origin history.

One of the most common questions people ask when discussing their potential tattoo designs is; what are a new school and old schools tattoos; what are the differences between these two? Telling these two apart might be difficult for tattoo beginners and it is quite understandable. It takes a trained, experienced eye to notice all the details and characteristics that separate these two tattoo styles apart.

In the following paragraphs, we’ll talk about the differences between these two tattoo genres. We’ll also provide you with all the necessary information needed to make a final tattoo decision, including some design recommendations and suggestions. So, without further ado, let’s dive right in!

Old School Tattoo Style – What is an old school tattoo?

Old school tattoos are also known as American traditional or Western traditional tattoos. They occurred in the first half of the 20th century as means of celebrating the all -American, pre-war ideal of success, patriotism, and values of the new and upcoming changes. The old-school tattoos are characterized by the;

Up until the Second World War, sailors and soldiers were the main audiences for these old-school-style tattoos. They were the most interested in getting tattoos in the first place, as a way to honor their long travels and memories of distant places.

Truth be told, these were not high-quality tattoos; sure, the examples of the old school tattoos we see nowadays as exceptional, but a hundred years ago, nobody was interested in an HD tattoo of a big-breasted mermaid (which was one of the common tattoo motifs). All that mattered was a cool and fun design and a quickly executed tattoo; after all, the sailors and the soldiers are constantly on the move.

Some of the most common motifs and imagery used for the old school tattoos include sailing symbolism and ships, the American flag, pin-up girls with exaggerated features, anchors, daggers, skulls, spiders, sharks, roses, eagles, Hawaiian motifs and women, etc. We can see that the old-school tattoos have inspired the new-school and contemporary tattoos pretty heavily since the aforementioned motifs and tattoo styles are popular even nowadays.

Here are some of the best examples of old-school style tattoos, done nowadays. Hopefully, these examples can serve as inspiration for you in case you’re looking for an old-school-style tattoo. Bear in mind that these tattoos are in the artistic possession of the tattoo artists that made them, so getting these exact tattoos would be considered as stealing someone’s artistic property.

New School Tattoo Style – What is a new school tattoo?

Following the Second World War, the old school tattoos went out of style and were associated with gangsters and the mafia, as well as juvenile delinquents. In the 1960s, following a hepatitis outbreak caused by poor sterilization practices, the tattoo scene was condemned even more and forced to go ‘underground’. All of this forced the youth of the 19060s and 1970s to try out new tattoo styles. After new legislation and health codes were implemented, the youth started experimenting with what is today known as the new school tattoo style. The new school tattoos are characterized by;

We can easily state that the new school tattoo style of the late 20th century has heavily impacted the freedom of body art expression nowadays. New school tattoo artists have pushed the progressive nature of this tattoo style, so much so that people started forming tattoo communities and impacting the pop culture of the age as well as future generations.

Here are some of the best examples of the new school-style tattoos. Hopefully, these examples can serve as inspiration for you in case you’re looking for a new school-style tattoo. Bear in mind that these tattoos are in the artistic possession of the tattoo artists that made them, so getting these exact tattoos would be considered as stealing someone’s artistic property.

Even with these different characteristics, it might still be a bit difficult to easily differentiate between old and new school tattoo styles. We recommend you bear in mind that both styles use bright, vivid colors; that is definitely something both styles share. They also might share traditional imagery.

But, when you closely observe the new school tattoo, you will start noticing a more realistic, yet softer style of tattooing. Old-school tattoos sometimes look cartoonish, like illustrations. New school tattoos look more artistic and have a distinct personal touch; with these tattoos, the focus is on expressing the tattoo artist’s skills as well.

Final Thoughts – Which Tattoo Style Should I Go For?

Now, this is all about your personal preferences. Now that we’ve closely observed both styles, and their examples, we can say that both have their distinct vibe and look super modern and contemporary even nowadays. Old-school style tattoos are having a major comeback as well, with more and more people going for a traditional-looking tattoos.

What we can recommend is for you to take a closer look at the tattoo examples and see which one fits your personality and lifestyle the most. Maybe the old-school tattoo motifs don’t speak to you, but you like the way the tattoos look. You can mix and match between the styles, choose the tattoo features which you like the most, and combine them into one, unique tattoo of your own.

Whatever you choose and decide, we’re sure the final tattoo will be awesome. We wish you happy tattooing and may you have fun in this exciting tattooing process! 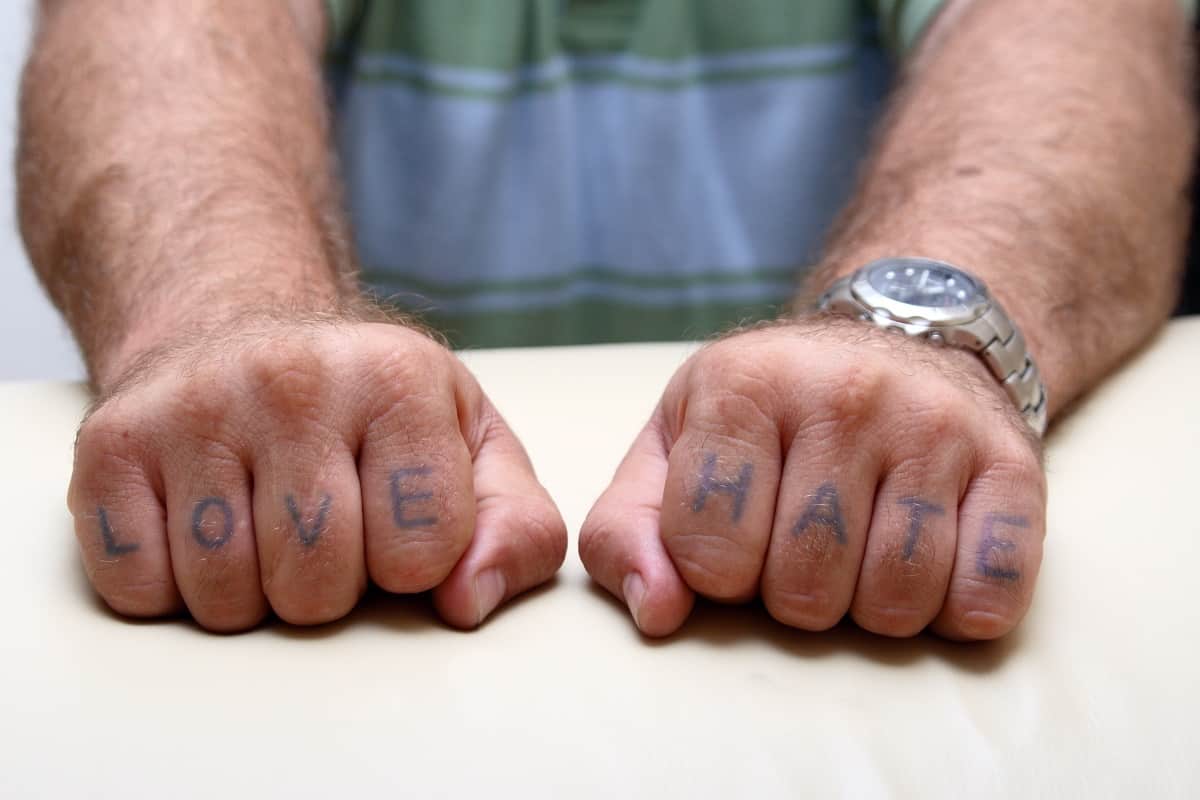