A fan of everything spooky and supernatural? Perhaps you have a deep connection with the other side that you want to celebrate? Get a supernatural tattoo to represent your struggles, to embrace your power or to show you appreciation for a certain film or TV show.

Here are some of our favorite supernatural tattoos and some examples of designs we love.

Tattoos play an important role in the lore of the long-running CW show. Tattoos protect against possession with the lead characters having a distinctive design on their chests. Some fans get the lyrics from the Kansas song ‘Carry On Wayward Son’, the show’s unofficial theme song or one of the many quotes from the Winchester brother.

Supernatural actors Jeffrey Dean Morgan, Jensen Ackles and Jared Padalecki don’t have the tattoos from the show, but they do all have matching crown tattoos.

Vampires have constantly been popular with fans of film and TV. They are connected with death, power, sex and passion. From popular characters to bite marks, vampires are an enduringly popular supernatural tattoo. Whether you want something dark and sexy, or something more down to Earth, vampire tattoos will never go out of style.

While vampire folklore rose to popularity in 18th century Western Europe, it actually dates all the way back to the Hebrews, Romans, Ancient Greeks and Mesopotamians.

Werewolf tattoos are ideal for anyone who feels like a lone wolf and like they don’t quite fit in. They also symbolize someone who is hiding their inner beast. Werewolf tattoos are ferocious tattoos with sharp teeth and long claws. Choose an iconic film image of a werewolf in a full moon, the supernatural creature mid-formation or something more obscure.

Angel tattoos are often inked to bring protection for each wearer, whether that is from a higher power or the spirit of a loved one that has passed away. No matter what your personal belief system might be, angels represent something far deeper than religion. Angels are associated with the ideal that everyone has a special protector watching over them.

Firebirds mainly represent immortality and revival. In some culture the firebird also represents eternity and infinity. A firebird on the shoulder or neck, looking forward, will warn of danger and protect the wearer. Firebird tattoos are designed with bright and blood colors, making a big impact.

Mermaid tattoos are incredibly popular. Strong female figures, they are seen as being independent and free. Mermaids are also celebrated for their connection with the sea. Mermaids were said to lure sailors to their deaths, meaning they also represent danger and seduction. Some people opt for traditional mermaid tattoos, others get more realistic portraits whilst some celebrate their favorite Disney character.

The legend of the mermaid varies in different culture. In Korean folklore, mermaids are well-behaved and kind. In pre-Christian traditional, merfolk are depicted as fertility goddesses.

Ghost tattoos can hold a variety of meaning. Usually, ghost tattoos are comedic and simply represent someone’s love for horror films. Because ghosts are hard to depict, they are often tattooed with the classic sheet over the head. Ghost tattoos can also represent the unknown and celebrate what may happen to us after death.

Zombie tattoos are a staple for horror movie fans. Whilst zombie tattoos are usually the human corpses re-animated, they could also be animals. This design suits new school and cartoon tattoo artists who love to experiment with color and fantastical elements. Zombies are such an iconic and recognizable design, but you could choose a character from a show like The Walking Dead or films like Zombieland.

Unicorns are the one of the trendiest designs, not just for tattoos but on clothing and accessories. Although traditionally unicorns are white with one horn, they now come in a range of cute colors. Unicorn tattoos tend to lean towards being cute and pastel, often in pinks, greens and purples.

In Medieval times, it was said that a unicorn had been trapped by the Virgin Mary and fell asleep in her lap. Religious writers believe the unicorn depicts innocence and symbolizes incarnation.

Genie tattoos are popular on both men and women. This versatile design is usually depicted coming out of a bottle. The iconic blue genie from the Disney animated film Aladdin is also a hugely popular design. Perhaps you want to celebrate a wish or want to change your string of bad luck.

In the French folklore, a goblin is a mischievous little spirit that likes to attach itself to households. Goblins are ugly and temperamental, often performing pranks on families. In the Harry Potter films and books goblins work at the bank and are depicted as being cunning creatures.

In Japan, Tengu are goblins who lived in the mountains and forests. Although scary looking, they are known as protectors of the Buddhist Dharma.

Ouija board tattoos have been a consistently popular tattoo for people who like horror films and enjoy a gothic aesthetic. Ouija boards are believed to help people connect with spirits. The planchette is linked to fate and spirituality. Ouija board tattoos are versatile with lots of high impact imagery that can be adapted to suit different styles of tattooing.

There’s no specific design to a planchette, so there’s a lot of room for your tattoo artist to be creative.

Witchcraft was associated with evilness and black magic, now it’s beloved by fans of goth culture and young women. Witchcraft is associated with pointy hats, black cats, and cauldrons but it also is linked to films like Harry Potter and The Craft. Let your imagination go wild with a witchcraft tattoo.

A banshee is a female spirit from Gaelic folklore. She will appear and warn a family, usually through wailing, that one of them will die soon. In other cultures, a banshee will appear as when someone is about to die a painful death. Banshee tattoos are usually dark and dramatic, depicting women in long dresses.

In Greek mythology, a chimera is a fire-breathing monster which resembles a lion with a goat’s head in the middle of its back and a snake or dragon’s head for a tail. A chimera is now used to denote a wild idea or a figment or someone’s imagination. Chimera is a unique and generally cool tattoo image, especially if you’re a fan of Greek mythology.

Gorgons were vicious women in Greek mythology with a head full of snakes. Seeing their face could cause instant death, making them lethal but beautiful. Gorgon tattoos can also be interpreted as a feminist symbol. Adopted as a symbol of female rage, they guide women through their own rage and ferociousness.

The most famous Gorgon is Medusa in mythology. Many medusa tattoos are based on Rihanna’s British GQ cover, where she is topless with a head of snaked.

Fairies, in Western folklore, were believed to be fallen angels or demons who fulfilled wishes while thriving on making mischief. They are innocent as well as being defiant. Fairies tattoos often include stunning wings, toadstools and forest imagery. Fairies could be gothic, innocent or traditional, the choice is yours!

In Greek mythology, the hydra is the serpent-like monster. The Hydra had various heads, usually with scary faces and sharp teeth. If you cut off one of these heads, two more would grow back in its place. Hydras, as well as making cool tattoos, symbolize immortality and a long lasting life.

Hercules kills the Hydra as one of his labors in Greek mythology.

In Nordic folklore, a kraken is a giant squid or octopus that torments the cold oceans of the North Sea. Giant tentacles will wrap around a boat, pulling it into the abyss before eating all the sailors on board. A Kraken is thought to regenerate any lost limbs, a tattoo symbolizes the strength to grow and move forward with your life.

Kraken is also a rum brand with a distinctive logo, so keep that in mind when choosing your design.

An elf is a little human shaped supernatural create, often depicted with sharp ears. Elves are mischievous and innocent, usually depicted as positive good creatures. Elves are now associated with Christmas, where they help Father Christmas or with Dobby from the Harry Potter books and films.

In Norse mythology, an elf would dance in meadows at night, wooing mortals to their deaths.

In Japanese mythology, oni were people who were so wicked they transformed into demons in hell. Oni are big, scary demons with red or blue skin and big horns. Servants of hell, they enact violent punishment on evil doers and are powerful villains. Typically, when someone gets a tattoo of an oni, they get an Oni mask. Getting this tattoo symbolizes that you don’t want evil to mess with you.

Gargoyles are menacing creatures which are often seen as a religious symbol. A gargoyle tattoo will help protect you from evil spirits. Others will get this tattoo to help them stay away from evil temptations. Gargoyles are usually found as statues on gothic buildings, like Notre Dame. This could be incorporated into your tattoo.

In Greek and Roman mythology, harpies are vengeful wind spirits. They have the heads and torsos of ugly women with the body of a bird with long talons. These evil characters represent obsession and lust.

Always wanted to fly? A wing tattoo is a way to represent the freedom and independence of flight. Angel wings are the most popular but fairy wings are also common. Wing tattoos tend to be located on the back and neck, but they can be placed anywhere you like on the body.

Which Celebrities Have Supernatural Tattoos?

Lily Collins has a fairy, sitting on a crescent moon blowing dandelion seeds into the wind inked on her back. Model Jessica White has a tattoo of a fairy/angel hybrid on her upper back.

Model Ireland Baldwin has a fangs tattoo on her left forearm. Hilary Duff and Alanna Masterson got matching ghost tattoos in July 2014. The words “ride or die” are incorporated into the bottom edge of the ghost. Ruby Rose has a unicorn tattoo on her leg.

Where Should I Get My Supernatural Tattoos?

The joy of getting tattooed is that they look good anywhere. You could get your tattoo anywhere on the body, it all depends on how visible you want it, your pain tolerance and the design. Some designs better suit different locations. Here are some of the best places to get your supernatural tattoo.

Better suited to larger tattoos, the back of your arm is an ideal spot for a statement supernatural tattoo.

No, not at all. Some people have superstitions about certain images, but they are not offensive. Some Christians believe tattoos are a sin, so they will frown upon designs that depict theology. If you are worried about getting a supernatural tattoo, research it first.

How Do I Care For My Supernatural Tattoo?

Your supernatural tattoo will stay better for longer when you take care of it. Follow these basic tips to keep your inking fresh and bold for longer.

Your tattoo artist will provide you with exact instructions about how to care for your tattoo. They are the experts, and you should always listen to them when it comes to caring for your new  supernatural tattoo. 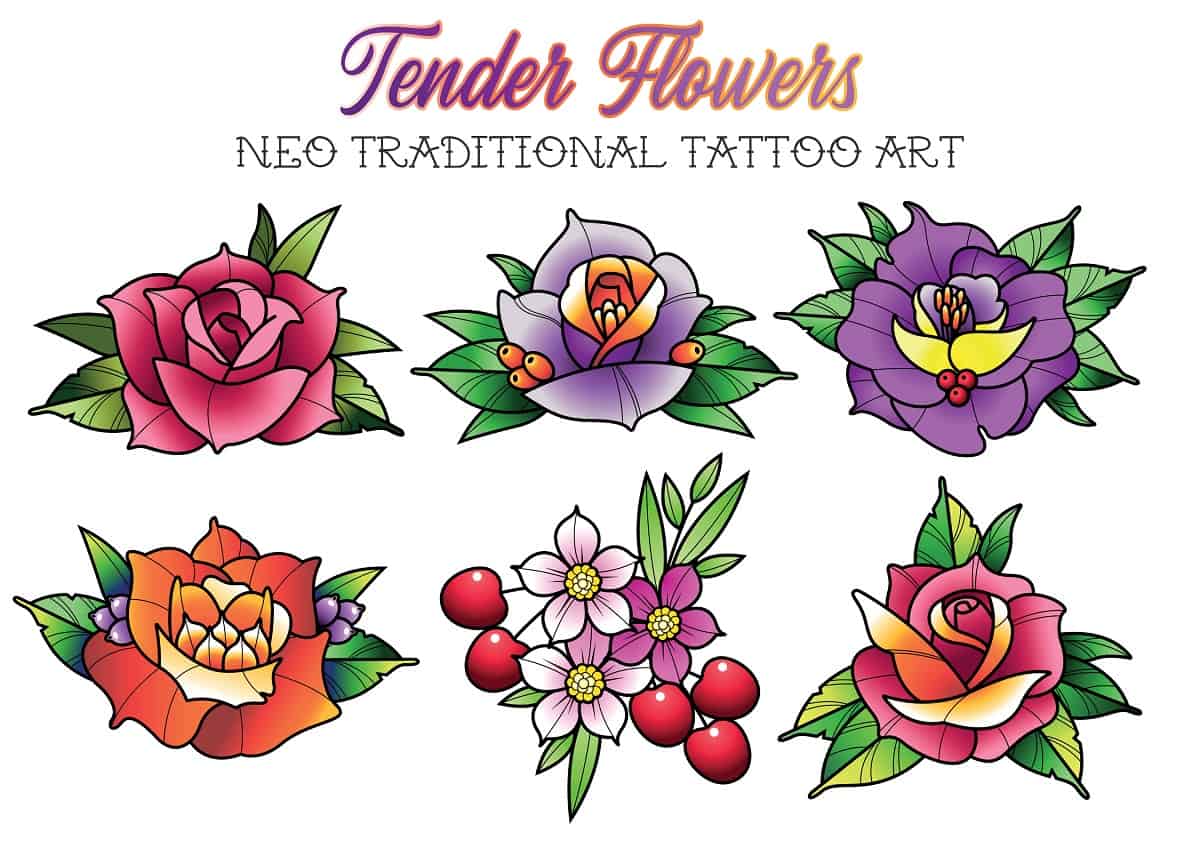 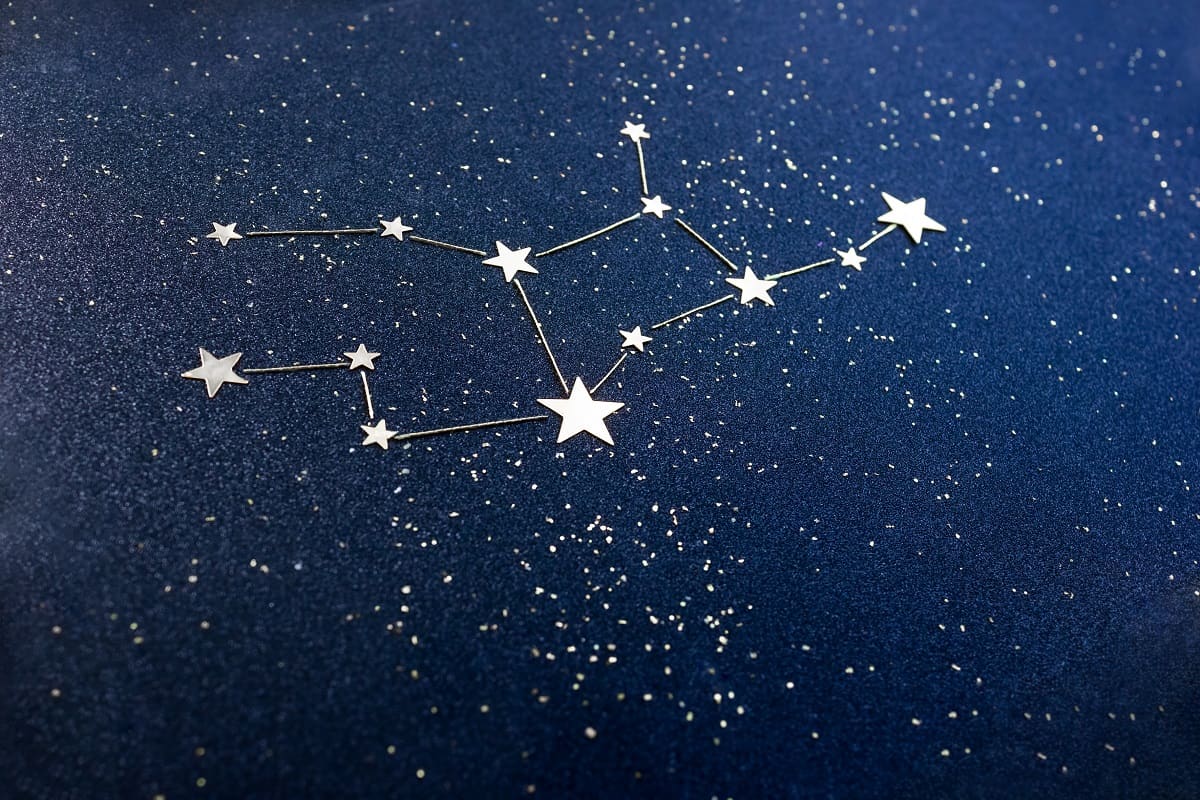 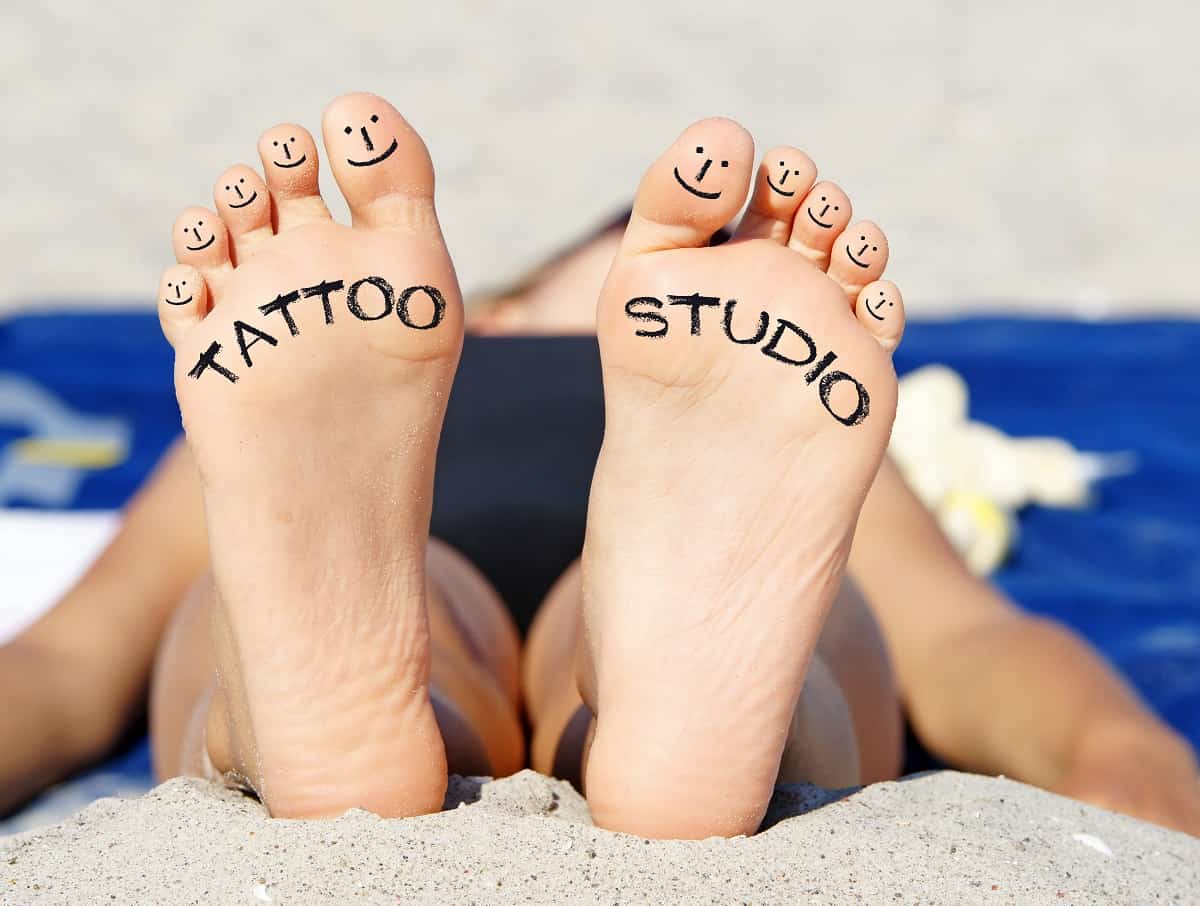 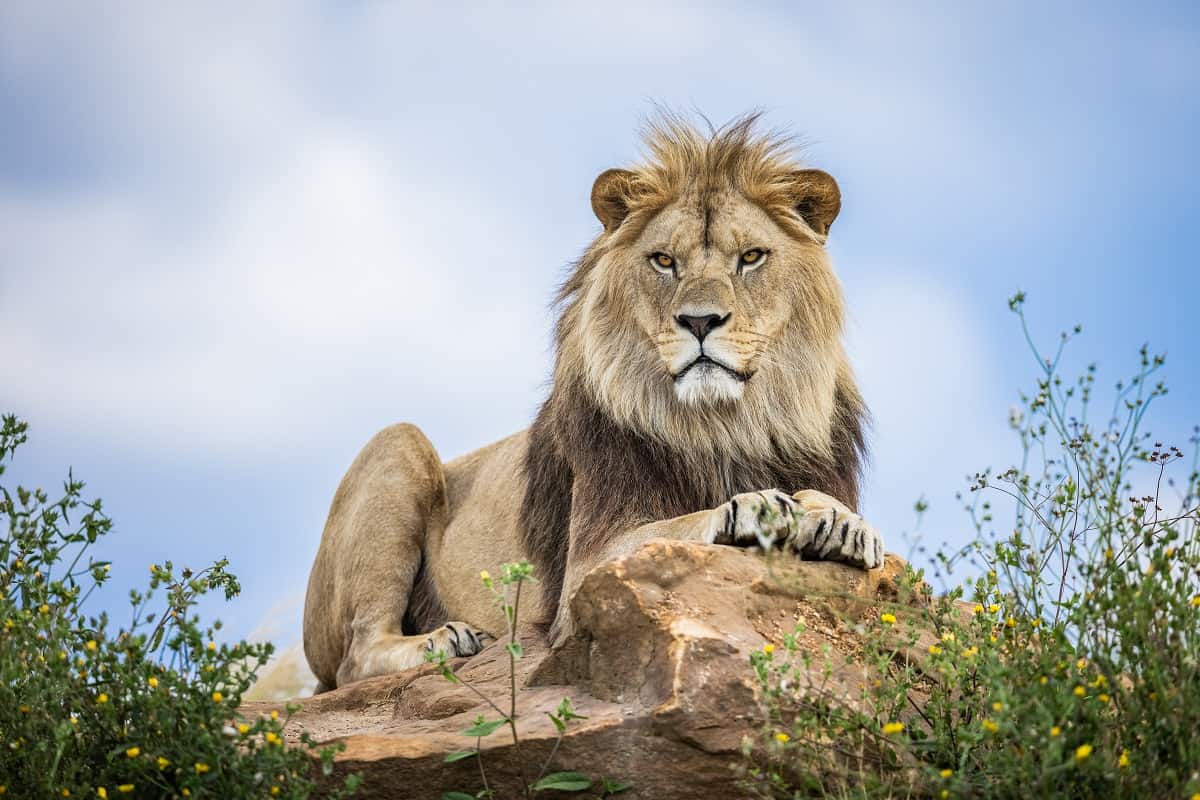 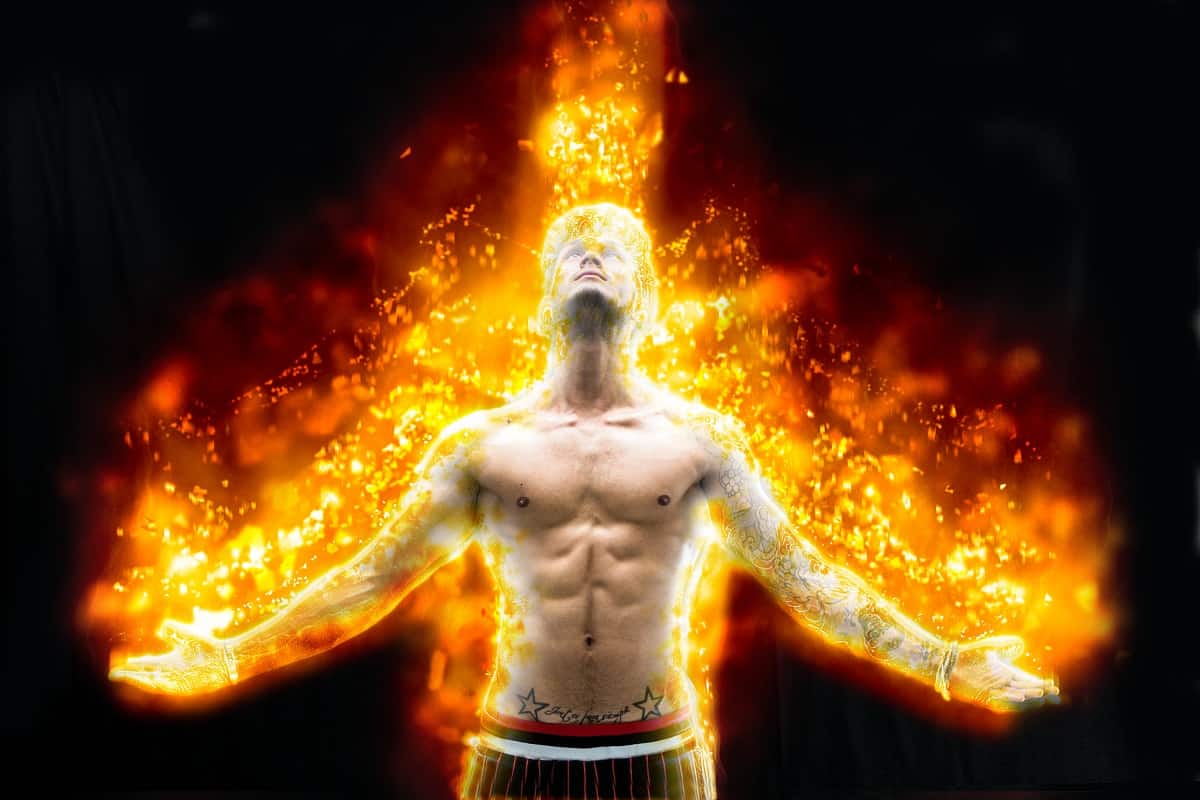 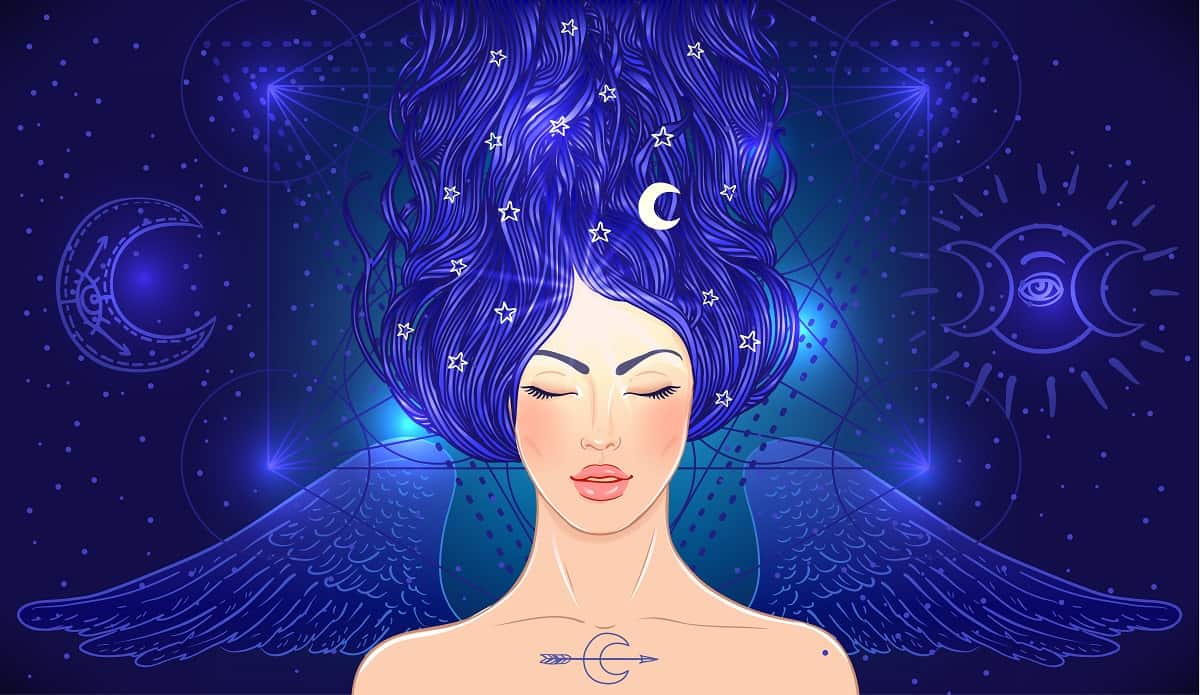