Tattoo Scab Bleeding: Why It Happens and How To Prevent It?

If you’re reading this, chances are you just got a tattoo for the first time and you’re dealing with tattoo scabs. We know that scabs may seem scary, but there is a reason why they form. But, if the scabs start bleeding, then you might be dealing with a serious underlying issue. So, if you’ve noticed your tattoo scabs are bleeding, you’re at the right place.

Getting informed on this issue is essential for your next steps, so make sure to keep reading. In the following paragraphs, we’ll cover everything you need to know about tattoo scabs, bleeding, and how to prevent it or handle it. So, without further ado let’s get started!

Tattoo Scabs: Everything You Need to Know

A tattoo scab or a scab, in general, is a layer of protective tissue that forms on top of damaged skin. Remember when you were little, playing in the park, how every time you fall some sort of crust would form in the place where you’ve injured yourself. That was a scab forming to protect the skin underneath and help it regenerate in a safe environment.

Scabs are, to some extent, a completely normal occurrence. They generally dry out as the skin is healing, and then they simply fall off on their own.

Why Do Scabs Form On Tattoos?

As we mentioned, scabs form on top of damaged or injured skin. Now, tattooing, even though it may not seem so, is damaging the skin, so a fresh tattoo is considered to be an open wound. And, like every other wound and injury, the tattoo needs to heal as well.

It can take weeks before a tattoo heals completely, but the first 7 to 10 days are crucial for skin sealing. That is when the tattoo scabs start forming to ensure the tattooed skin underneath is healing properly and closing the wound simultaneously. You can expect the scabs to start forming by the day or 4 into the tattoo healing.

How Long Do Scabs Stay On The Tattoo?

Now, depending on numerous factors, tattoo scabs can stick around between one and two weeks. The thickest scabs should fall off by the end of the third week into the healing process. Some of the factors that affect the speed of scab formation and the amount of time they stan on the skin are the following;

So, Is Tattoo Scabbing Normal?

However, only a thin layer of scabbing is considered normal. The scabbing needs to be light and seem as if it’s drying out and about to fall off.

But, if the scabbing is thick and heavy, or there is a lot of it, then you should be concerned. Heavy scabbing can be an indicator of improper healing, ink allergy, or even an infection. But alongside scabbing, such occurrences are accompanied by skin swelling, redness, pain, oozing, bleeding, and even a high fever.

How Should I Take Care of Tattoo Scabs?

One of the most important things when it comes to scabs is that you should never touch them or peel them off. This can mess up the tattoo design completely and introduce bacteria to the tattoo. You can indirectly cause a tattoo infection by messing with the scabs, and you don’t want that kind of trouble.

Other than this, you can focus on moisturizing the tattoo properly, once or twice a day just to hydrate the skin. This will prevent the formation of heavy scabbing, and ensure they dry and fall off quickly and easily.

Make sure to always wash your hands thoroughly with gentle, anti-bacterial soap before moisturizing or touching the tattoo. You don’t want to introduce germs and bacteria to an open, healing wound.

Why Do My Tattoo Scabs Bleed?

Now, there are a few reasons why tattoo scans bleed; those reasons are either caused by you or by an underlying issue.

When the bleeding is caused by you, what we mean is that you’ve committed a sin considered cardinal in the tattoo community; picking a fresh tattoo’s scabs. By picking and peeling off the scabs, you can undermine the healing of the tattoo up until that moment and expose the sensitive, freshly tattooed skin again.

This means that your tattoo has to do all the healing from the start again, which is now riskier than before. Why? Well, now you’ve introduced bacteria and germs to a healing tattoo, which could result in an infection. Plus, you might have messed up the design and even caused ink leaking.

However, if you haven’t been touching or peeling off the scabs, but they somehow bleed nevertheless, chances are you’re dealing with either ink allergy or a tattoo infection. However, scabs bleeding isn’t the only sign your dealing with an allergic reaction or an infection.

Both are accompanied by redness, skin swelling, excessive itchiness, rashing, tattoo raising, etc. Some people even experience fatigue, increased pain in the tattooed area, vomiting, and fever. In such cases, emergency medical attention is of the highest priority.

So, we can conclude that scab bleeding never occurs out of the blue. It is caused by some external factors, like peeling the scabs off, or by an internal inflammation caused by an allergic reaction to the ink or an infection.

What To Do When The Scabs Are Bleeding?

In case you’ve touched or peeled off the scabs, here’s how you can deal with the bleeding;

Do not use a paper towel since it could stick to the tattoo and cause further trouble. Also, be sure with the towel as well, since the remaining scabs could latch onto the towel; if you push them, you could peel them off as well.

Make sure to moisturize the tattoo at least twice a day, especially after washing, to prevent drying out. A dry tattoo is more likely to from heavy scabbing, which can lead to itching, cracking, potential bleeding, and infections.

In case the tattoo scabs are bleeding, but you haven’t picked or peeled them off, then you’re probably dealing with an infection or an ink allergy. Either way, you should probably seek medical attention and get a proper diagnose and treatment. Tattoo infections and ink allergies are usually also accompanied by symptoms like ink oozing, skin swelling, redness, rashing, increased pain, and even fever. So, keep an eye on those symptoms as well for a clearer understanding of what might be going on with your tattoo.

Tattoo scabbing is a normal occurrence. You don’t have to stress out about some light tattoo scabbing; it will eventually dry out and fall off, revealing a beautifully healed tattoo. However, if you touch, pick or peel off the tattoo scabs, you can expect bleeding and some damage to the tattoo. This will make a usually smooth healing process much more difficult.

On the other hand, if the tattoo scabs start bleeding on their own, you should probably head to the hospital and see if you’re dealing with a tattoo infection or ink allergy. Either way, proper treatment will get you through such a situation, and a quick tattoo touch-up will make your tattoo look good again. 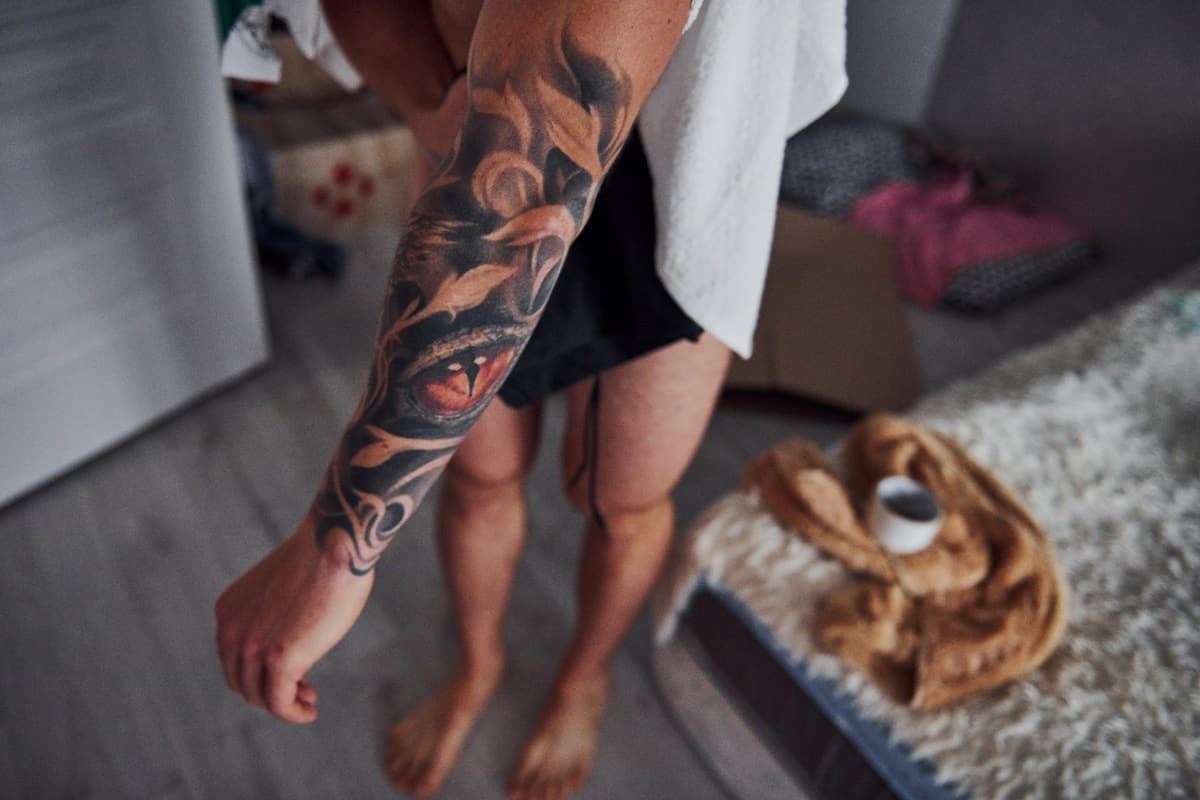 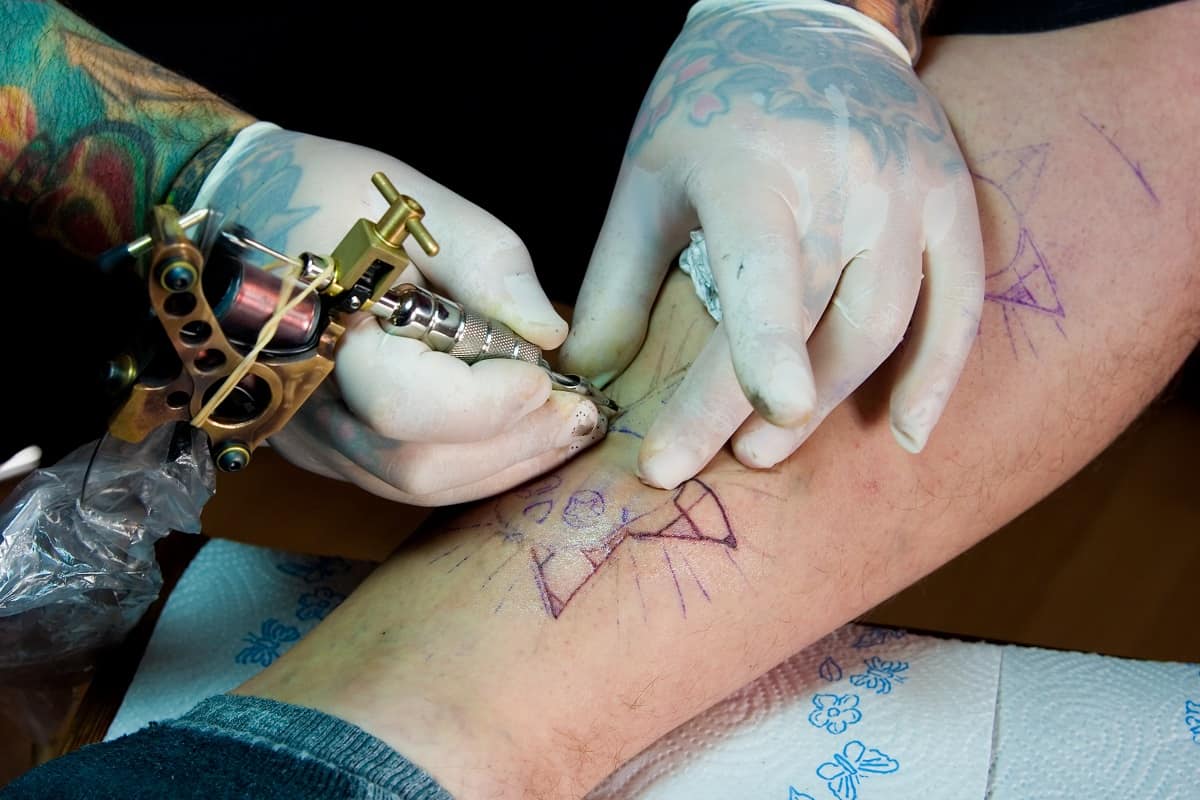 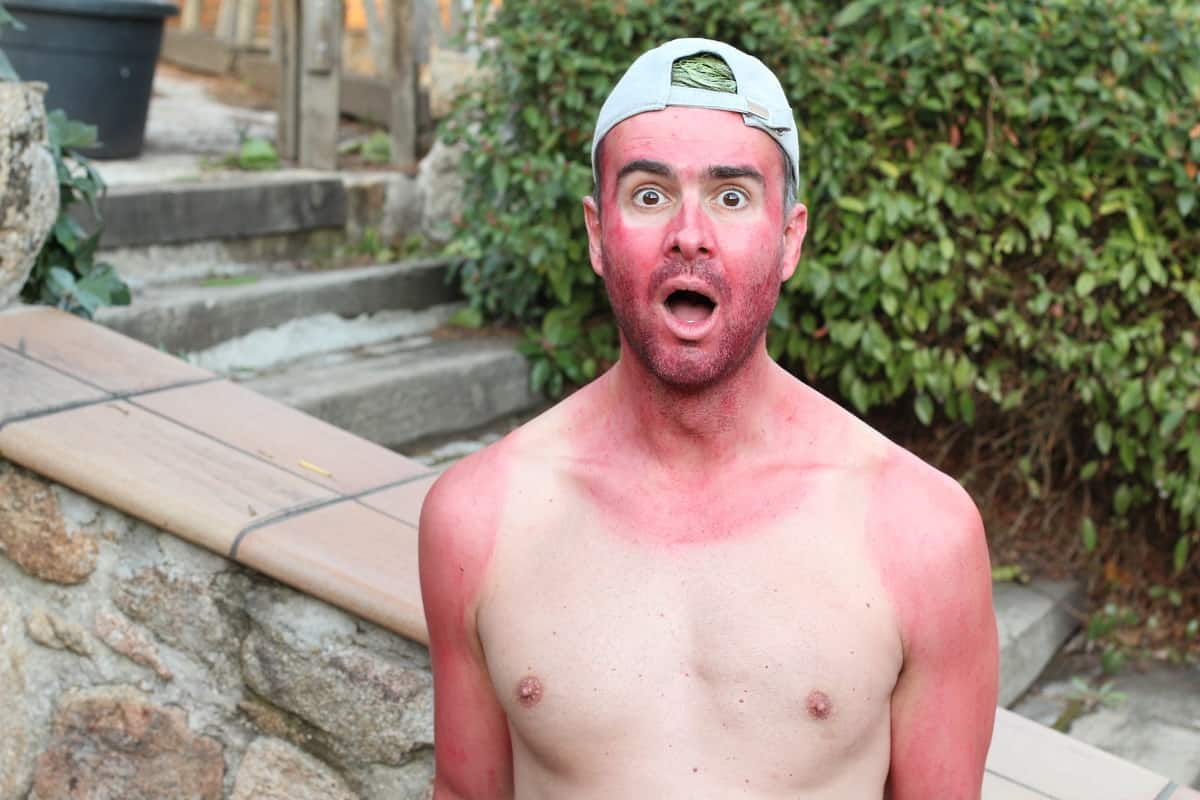 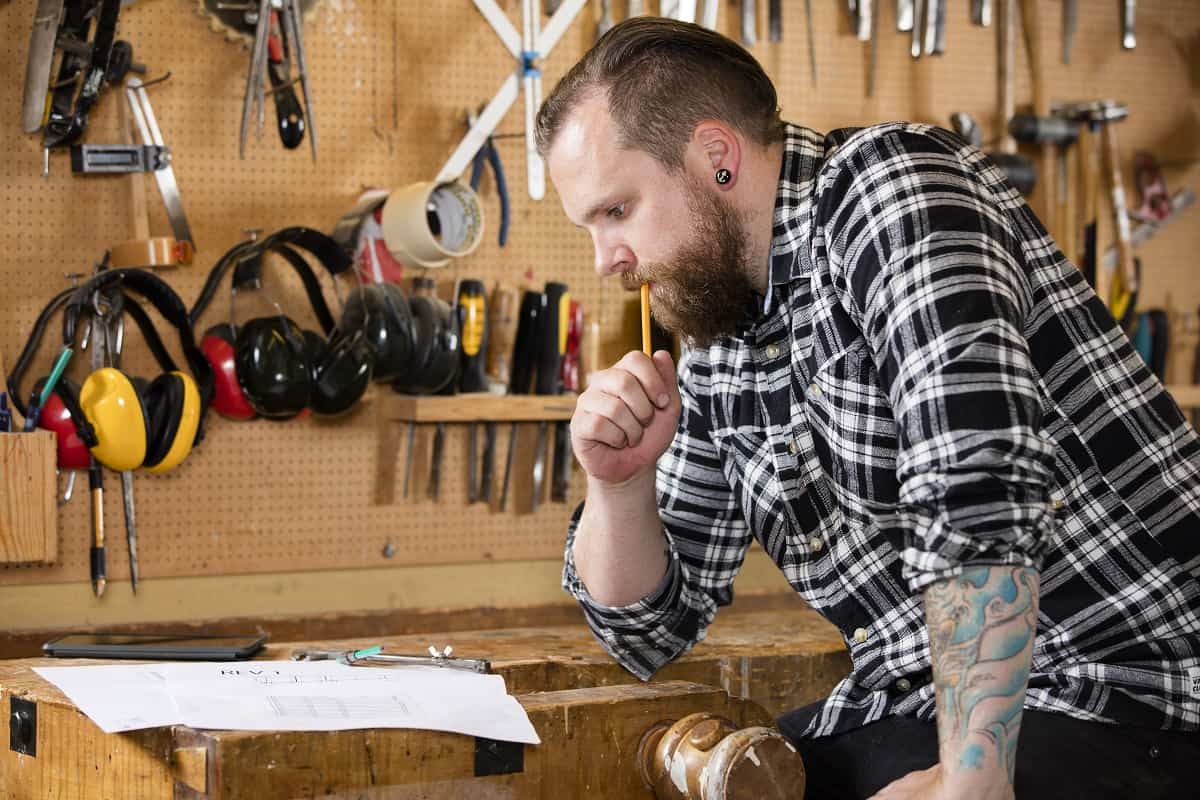 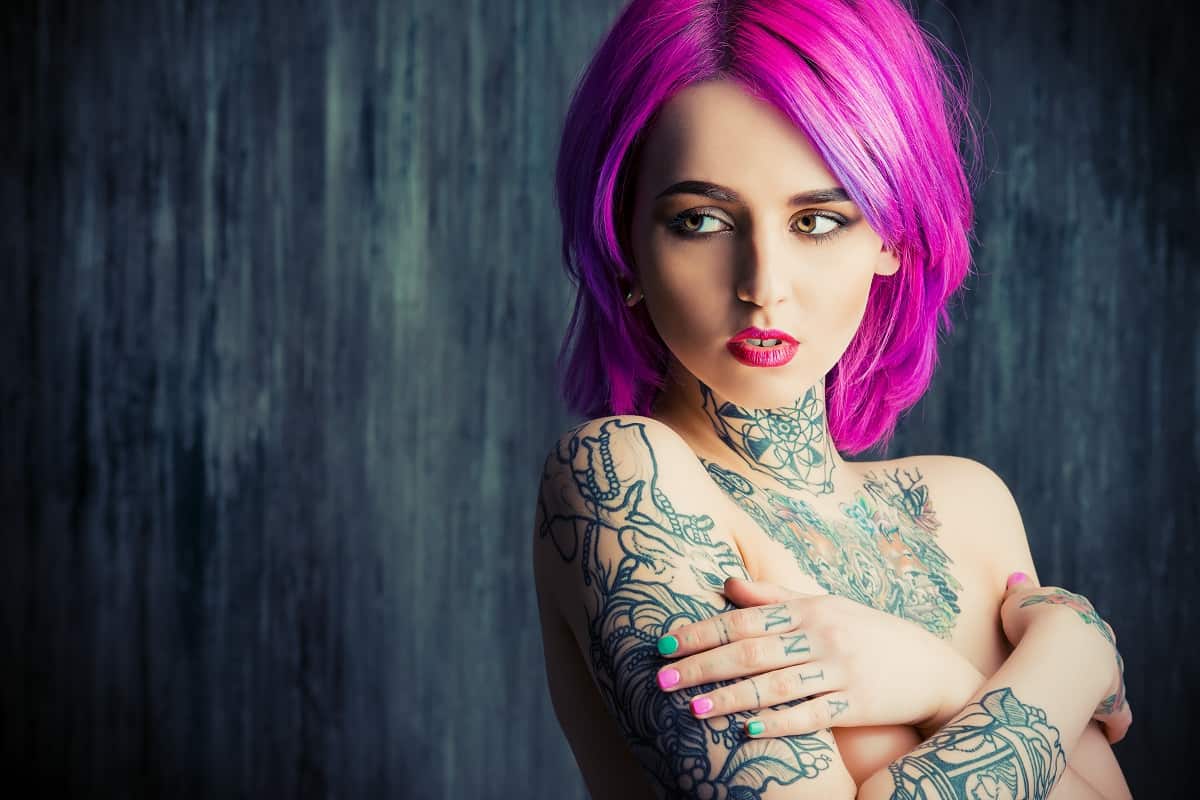 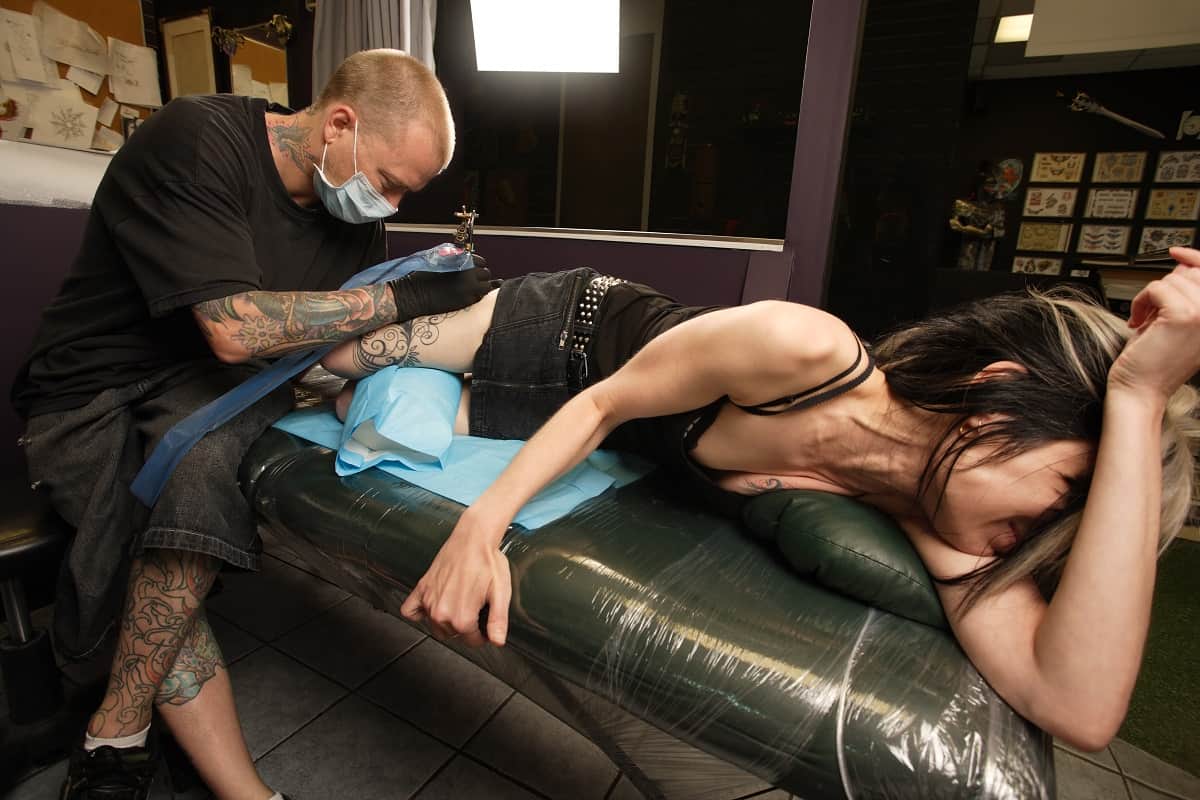 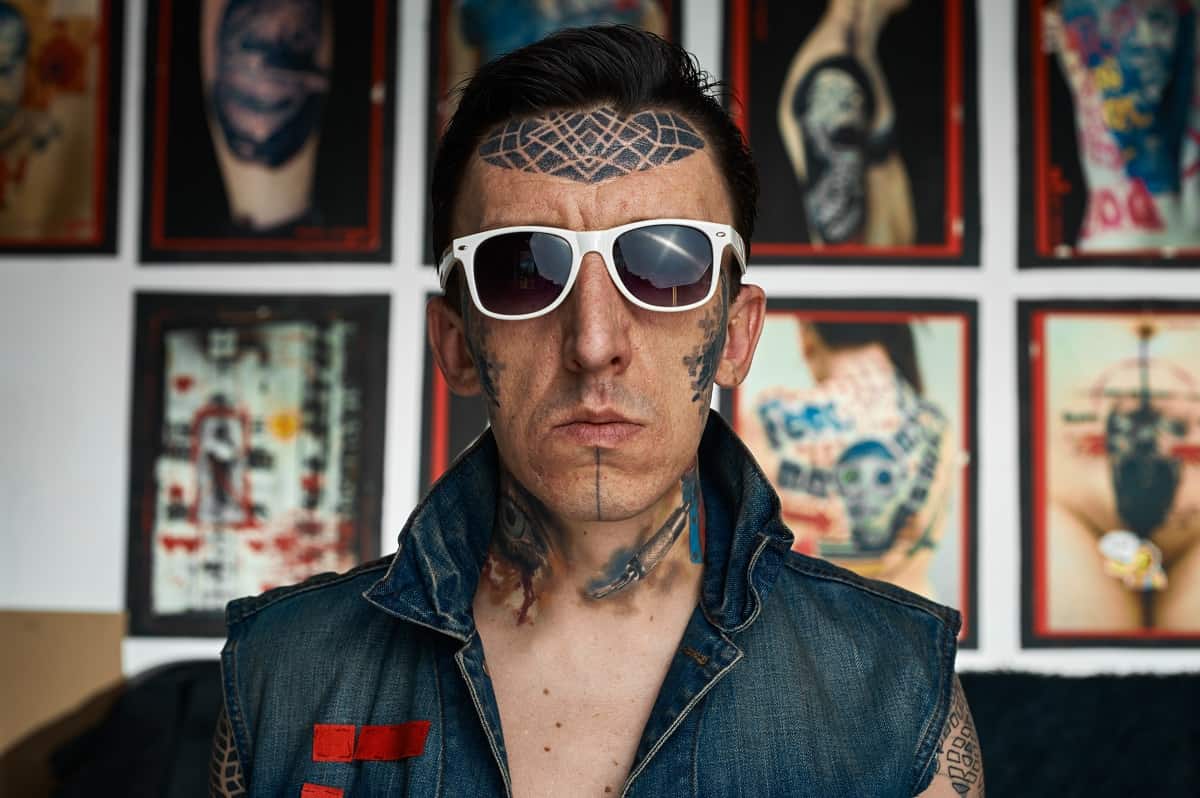 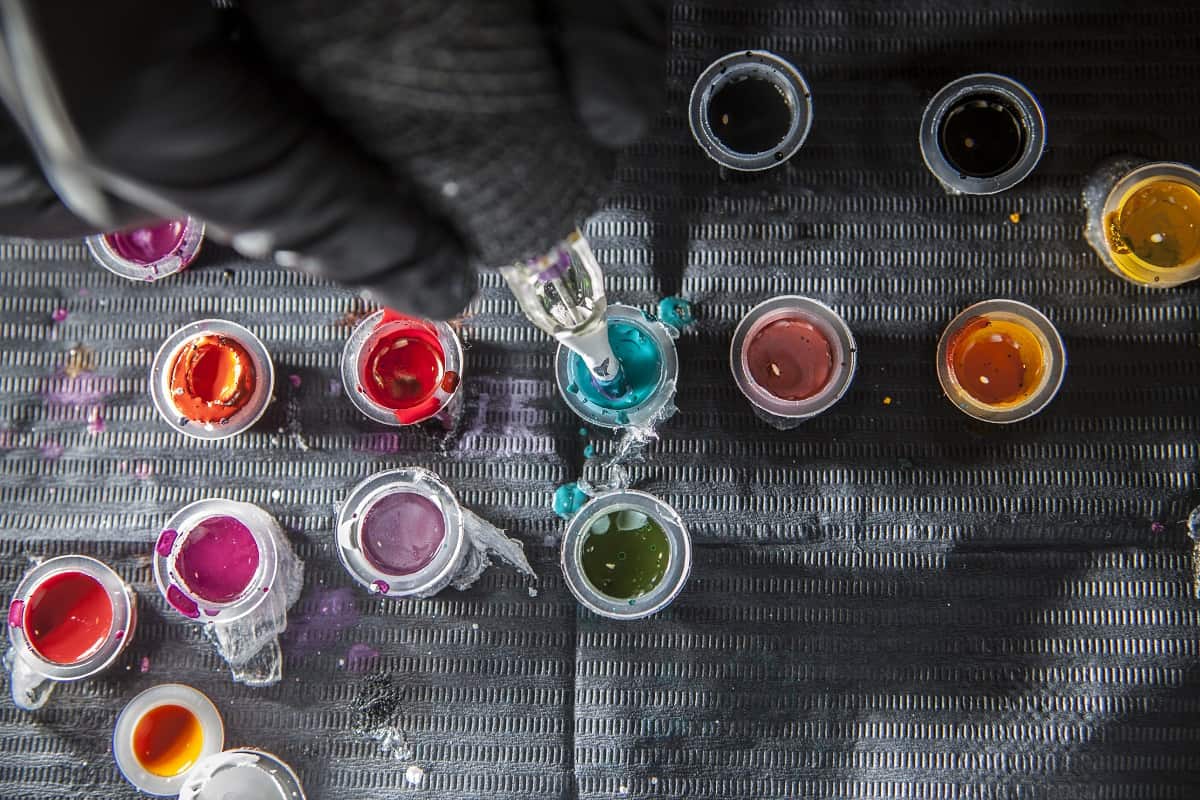 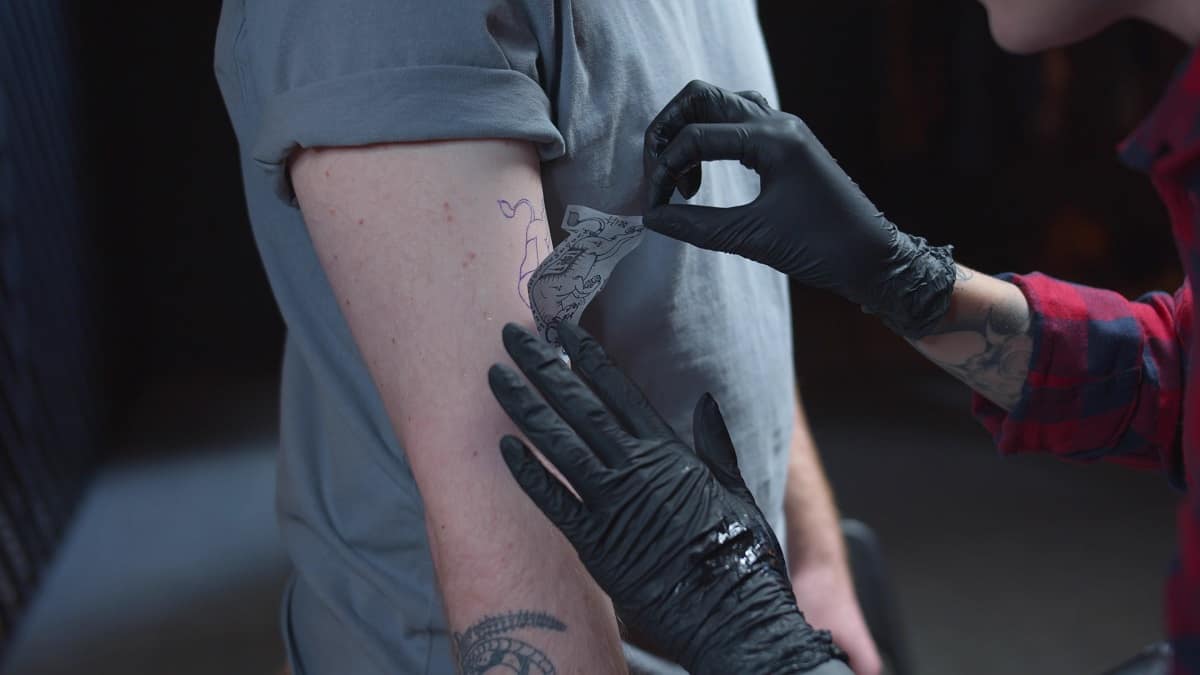