Triangles make for a very popular tattoo choice for men and women alike. This is due to the sheer versatility of the design, as well as its rich symbolic meaning.

In this triangle tattoo design guide, we’ll take you through some a diverse range of triangle tattoo ideas, as well as introduce you to the various symbolic and emblematic meanings attached to the shape.

The triangle most commonly represents christianity as it refers to the holy trinity: the Father, the Son and the Holy ghost. For believers, this is a powerful emblem of their faith and getting the design inked serves as a permanent reminder of their religion.

For those who come from Norse origins, the triangle might refer to “Valknut”, which is a Norwegian compound word meaning “knot of those fallen in battle”.  The Valknut is from the viking era and is represented with three interlocking triangles.

In ancient Greece, the Delta glyph triangle was linked to accessing great and eternal wisdom. Today, in mathematics and physics, the Delta symbol means “change” or “difference”. This can be particularly pertinent for those seeking some kind of transformation.

Even if you’re not all religious or interested in Norse or Ancient Greek culture, the triangle can still have symbolic value for you. Many think of it as the three points of the self, i.e. the mind, the body and the spirit. Some also attach a temporal meaning, seeing it as the connection between the past, the present and the future.

Triangles possess a wealth of symbolic meaning and have been around since the beginning of civilization. This is why it’s such a profound and popular tattoo, you can choose precisely what kind of meaning you want to convey with your personal triangle tattoo and thereby make it your own!

So, for a wealth of triangle tattoo inspiration, see below!

Tiny minimalist triangle tattoos are very popular due to their simplicity and subtlety. If you prefer your tattoos to be on the discreet side, then this is a great option for you. The big advantage with such a small and simple tattoo is that it will be relatively painless. You also have a lot of freedom about placement as it can go pretty much anywhere.

And, just because it’s small doesn’t mean it has any less symbolic value. The three points of the triangle still carry all manner of deeper meaning!

Finger tattoos can be very aesthetic. On the smaller side, they have a dainty look. Plus, they’re always visible, but due to their teeny size are not overwhelming visually.

While a finger triangle tattoo can look great, the hands are not the best spot to get inked as they’re always exposed to the wear and tear of life as well as lots of sunshine. This can cause the tattoo to fade very quickly, meaning you’ll have to go in for top ups quite frequently.

If you like the simplicity of the minimalist line tattoo but want it to be a bit larger and more visible, then this one’s for you. Again the simple design won’t cause you much pain or discomfort at all during the tattooing process. You still have relative freedom as to the placement, however, most opt for the forearm or back of the upper arm as these places offer the perfect sized canvas for a medium sized triangle tattoo.

The overlapping triangle tattoo design adds more dimension to an otherwise very simple look. If you want something that will hold the eye a little longer and add interest to the design, then this is a great way to do it.

Three interlocking triangles form what is known as the trinity symbol or the Valknut triangle. The former has religious connotations, referencing the holy triad of God, the son and the holy spirit.

The Valknut triangle comes from the Norwegian phrase meaning “knot of those fallen in battle”. It’s usually associated with the Vikings and Norse mythology.

However, even if you’re not a christian or interested in Viking tradition, the symbol can make a great tattoo if you’re drawn to the geometric aesthetic.

While still being a simple design, it has a little more intrigue and detail than a plain black and white triangle as well. If you want a little bit more substance but still want to keep the minimalist look, then a trinity symbol or Valknut triangle is a great option.

A rainbow is one of the most beautiful phenomena we see in nature. If you feel connected to rainbows, why not infuse your triangle tattoo design with one? You can do this by adding the colors of the rainbow to one of the lines, or by having the arch of the rainbow connect somehow to the triangle. The latter make for a very interesting geometrical design as the arc and triangle complement each other despite being so different.

If you belong to the LGBT+ community or consider yourself a firm ally, then this can be a great way to show your support too as it references the LGBT+ flag.

If one triangle isn’t enough for you, consider getting several in a line for a more complete geometrical look. They can all be facing the same way, or alternately inverted like in the collar bone tattoo shown above. If you like patterns and repetition, then this one’s for you.

For more dimension and a uniquely geometrical look, why not go for the Penrose triangle?

Also known as “the impossible triangle”, this drawing is notable for depicting a 3D perspective object which cannot actually exist as a real tangible object. It’s therefore a kind of illusion, which makes for a great piece of body art.

This design stands out a mile and usually incorporates some shading for a more substantial tattoo.

Watercolor tattoos are infinitely popular right now due their eye-catching brightness and the delicate spilled ink look they depict. The strong, even lines of a triangle act as the perfect canvas to watercolors as the black lines complement the variegated running colors.

While watercolor tattoos look stunning, it’s worth bearing in mind that they tend to fade quicker than traditional black tattoos.

Again triangles can be a great frame to all kinds of imagery, including animals. Depicting your animal of choice within the confines of a triangle gives the tattoo a whole new meaning, giving the effect of a portrait and adding more visual interest to the design.

Mountain peaks take the shape of a triangle, and for some, a simple line triangle can make them think of mountains. To enhance this link, you can add some more detailed mountains to the design, with shading, vegetation, rougher edges and even snow.

If you want to get a triangle tattoo that’s truly out of this world, consider adding some stars, planets or the whole solar system. Alluding to space has become a popular tattoo trend in recent years, and thematically speaking, it works particularly well with geometrical shapes making a triangle the perfect complement.

The Eye of Providence symbolically represents the eye of God watching over man, enclosed by rays of holy light which reflect divine providence. It’s therefore a very religious tattoo, so can be a popular choice among theists.

However, even if you’re not a believer, this design is still worth considering, as it’s often thought of in relation to power and even underground organisations like the Freemasons.

There’s also the fact that, besides all of the symbolic meaning, it just looks really cool!

The triquetra is made of three interconnected arcs. It’s a very decorative design often seen in architecture and some medieval manuscripts.

The triquetra is a very popular tattoo design due to its rich symbolic meaning. The ancient symbol is often thought to represent the relationship between past, present and future, as well as the mind, body and soul. It is also often associated with Celtic culture and tradition.

Scenery and landscape are picturesque tattoo concepts which work great within the confines of a triangle. If you have a particular scene in mind — perhaps your “happy place” — then consider incorporating it into your triangle design. A meadow, a beach or a mountain range all work great, but there’s really no limitation on the natural setting you can opt for!

Want to incorporate a classic of tattoo culture? Are you interested in depicting human anatomy? Or simply like the morbid aesthetic? If any of this rings true for you, then a skull triangle tattoo is the perfect option.

Tempestuous and unpredictable waves are the perfect contrast to a solid and unwavering triangle shape. If you feel like you’re a passionate person on the inside, but stoic on the outside, then a waves triangle tattoo will represent you perfectly.

The triangle trend has been keenly followed by famous faces as well as ordinary folk. Below you’ll find some examples of celebrities sporting their very own triangle tattoos.

Katy Perry is known for her small but eccentric body art. Her triangle tattoo is no exception. It’s brightly colored and has a wide-eyed smiley face!

Miley’s little sister paid tribute to their brother, Braison, with a triangle tattoo and his initial ‘B’ inside.

Queen of cool Zoë Kravitz has a multitude of small tattoos running up her arms. You can find her teeny triangle tattoo on her inner forearm.

Ellie Goulding went for color with her tattoo design, opting for a large red triangle on her wrist.

If there were an award for the teeniest triangle tattoo, it would probably go to pop princess Britney Spears, who has a near microscopic black ink triangle on her hand.

The Importance of the Triangle

We’ve already introduced some of the symbolic themes of the triangle, but let’s delve a little deeper. After all, it’s always good to know exactly what kind of sentiment your body art is projecting onto the world.

Christianity and the Triangle

Triangle tattoos are most often thought of in relation to Christianity. In fact, after the cross, it’s one of the most important symbols in the Christian church. This is because the three points represent the Holy Triad: The Father, Son and Holy Spirit. The fact they are connected with straight lines shows how they are united as one.

The Human Condition and the Triangle

However, the triangle has a lot of meaning beyond Christianity. It can be seen to reflect the three components of human existence: the mind, the body and the soul. It is also sometimes thought to represent the past, present and future and the relationship they share.

Gender and the Triangle

Triangles are often used to symbolize the sexes male and female. When the triangle is depicted with the triangle pointed upwards, it represents the male and is nicknamed the “blade”. With this come the associations of strength, heat, dominance and control.

When the triangle is depicted upside down it is often thought of as feminine and is nicknamed the “chalice”. The chalice represents the womb and fertility. It is one of the oldest symbols of female power and strength.

There are so many different triangle designs you can opt for, from the simple and delicate triangle finger tattoos, to the large and elaborate solar system triangle body art. There’s really just so much to choose from, and so much freedom to make this simple geometric shape your own.

If you’re searching for the perfect triangle tattoo idea, hopefully this article has filled you with inspiration and helped you narrow down your idea pool. Next, all you have to do is book that tattoo appointment! 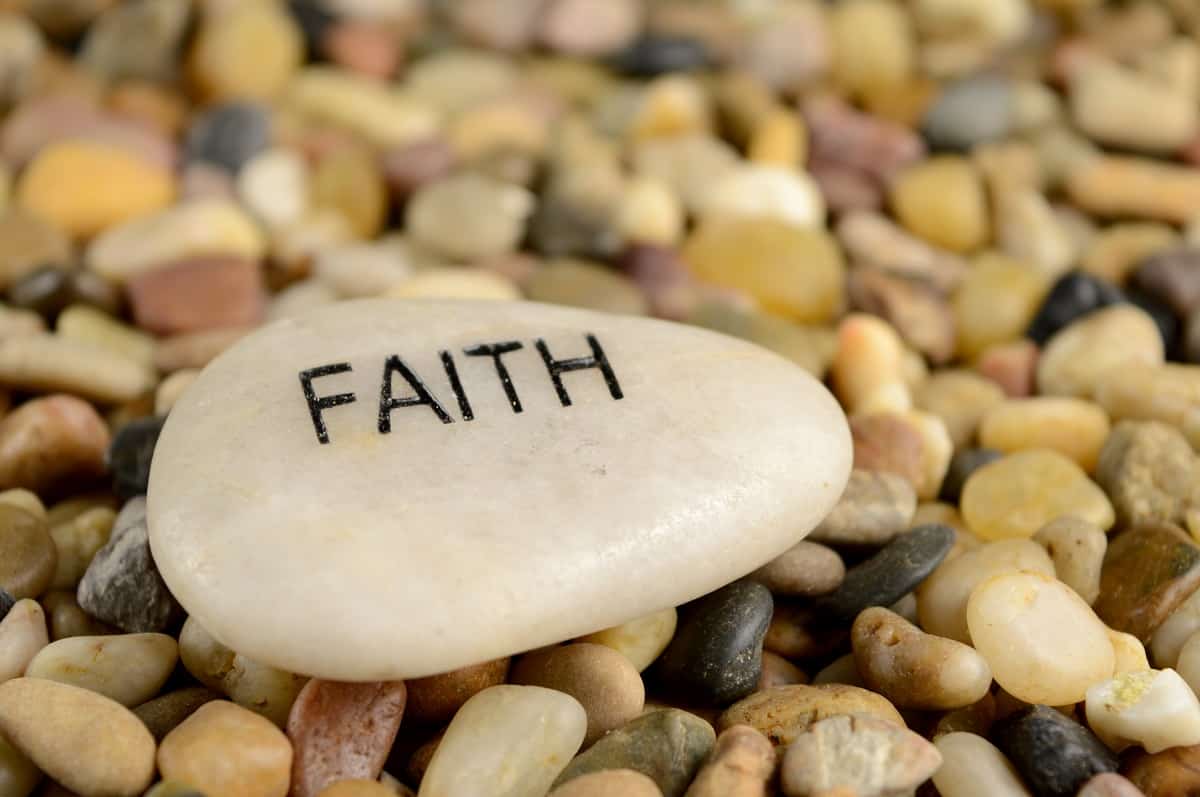 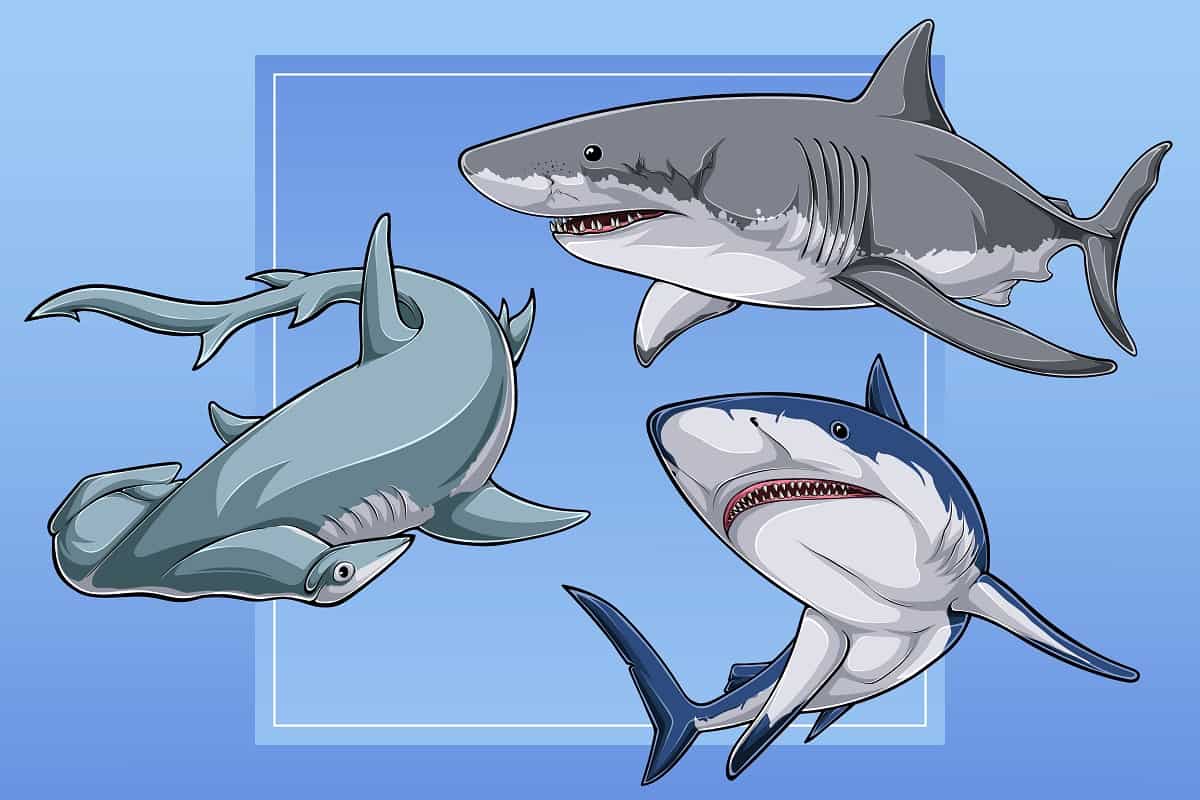 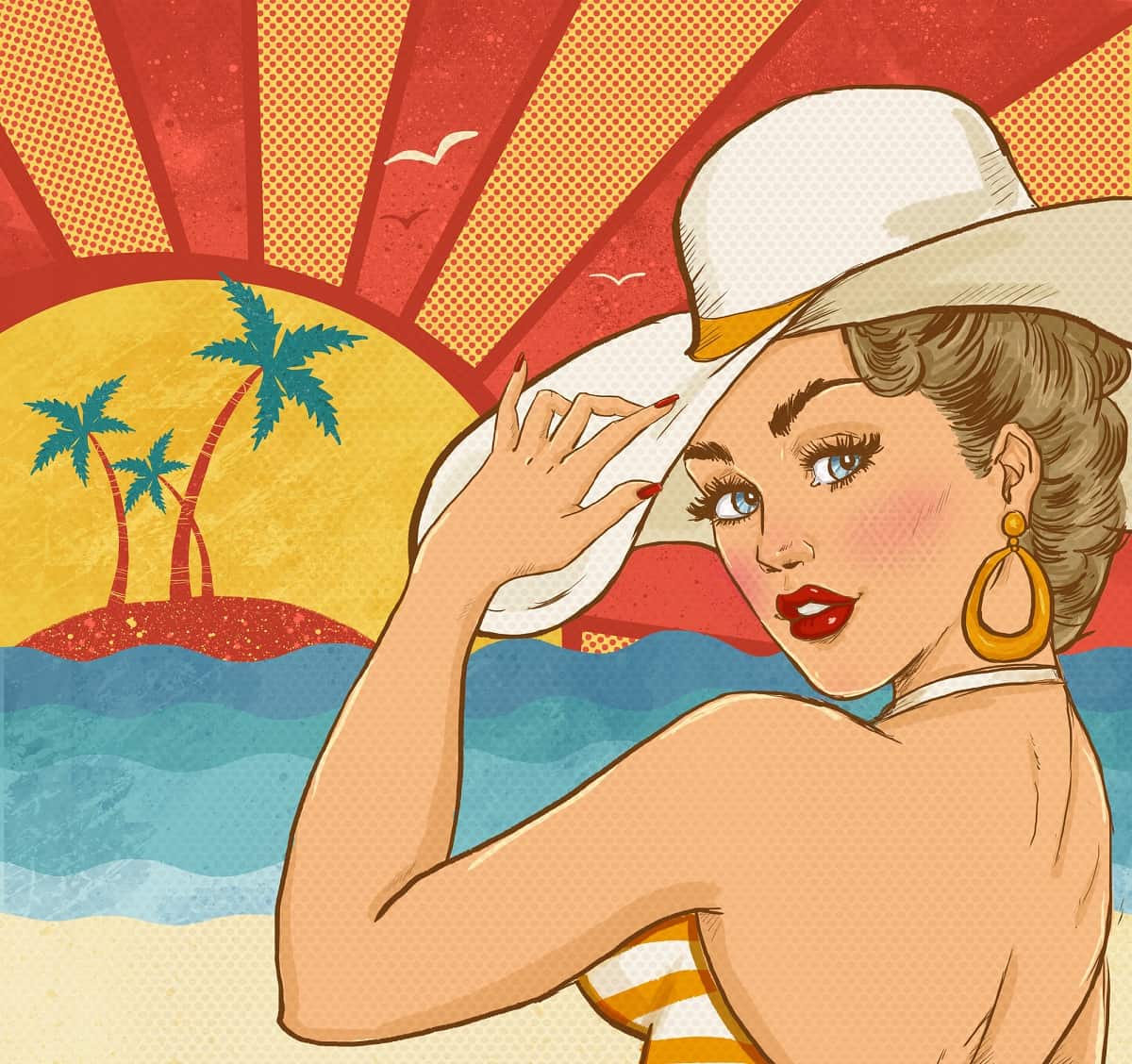 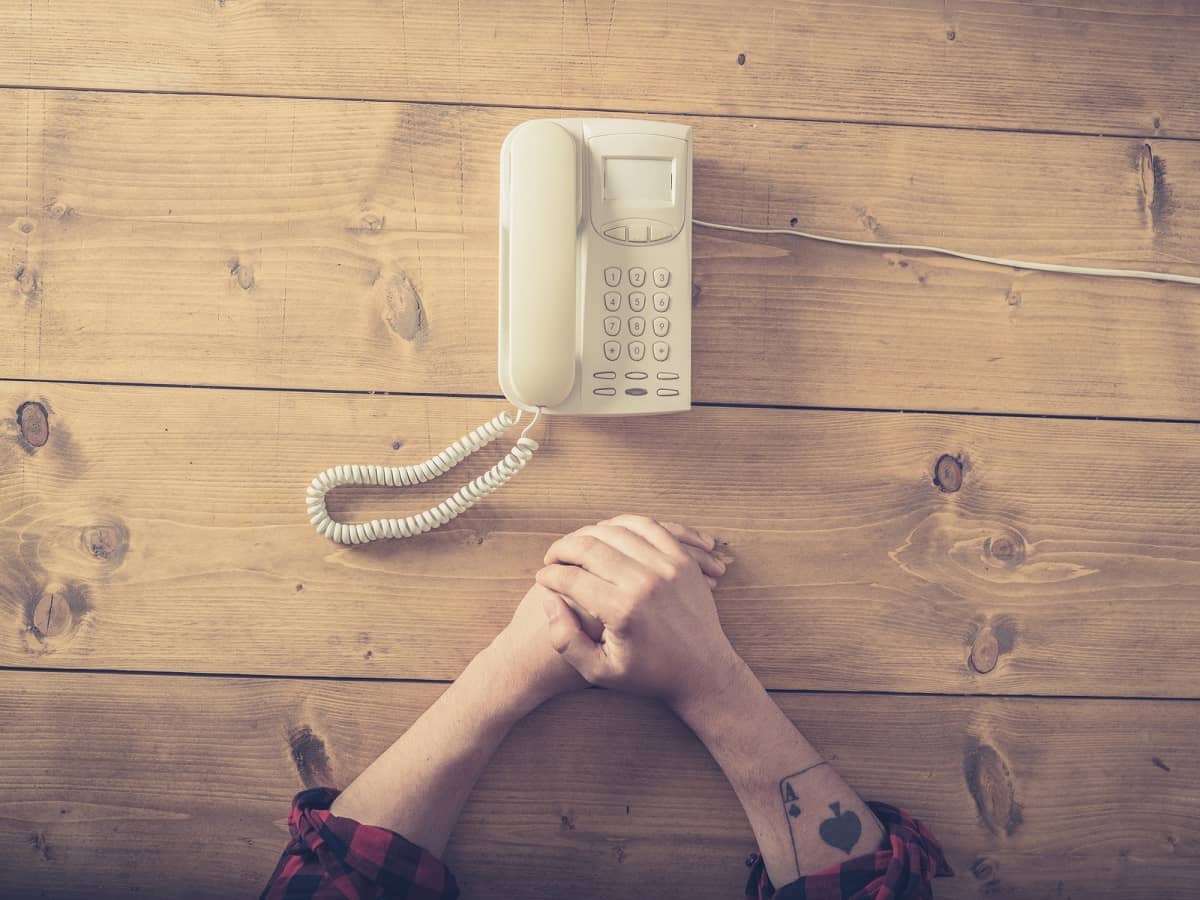 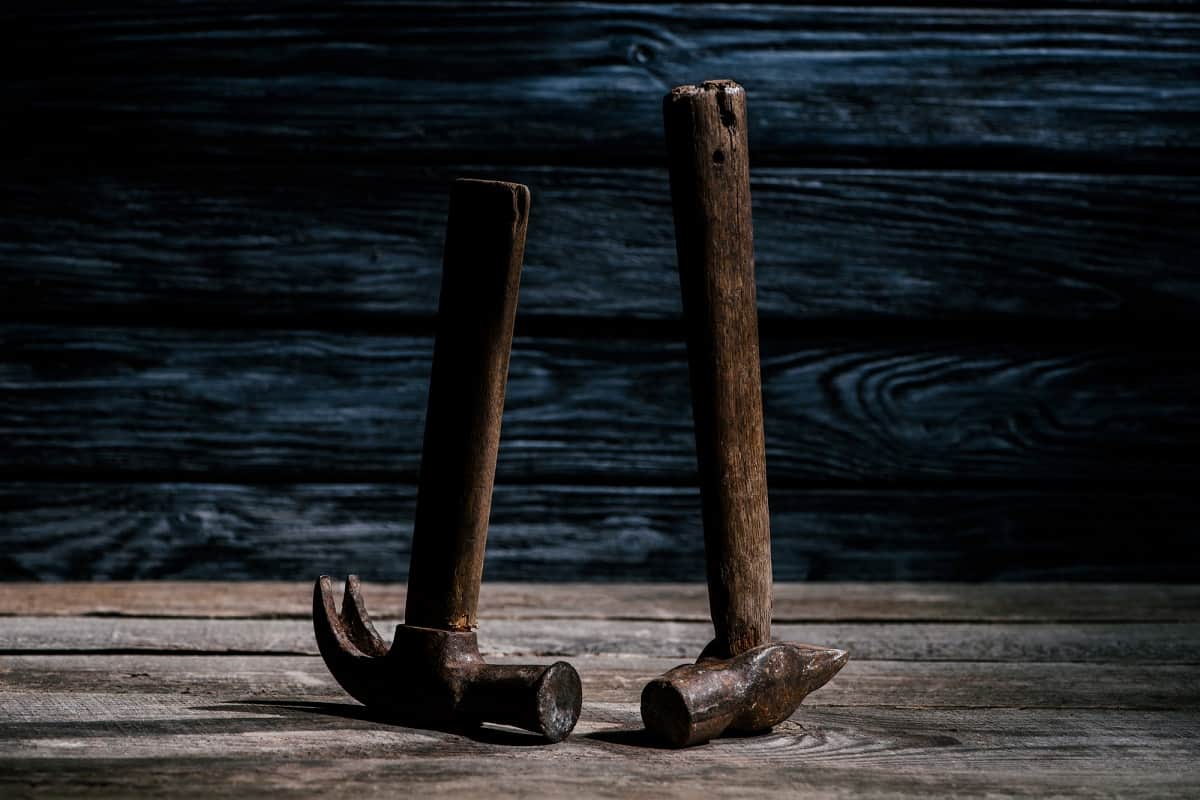 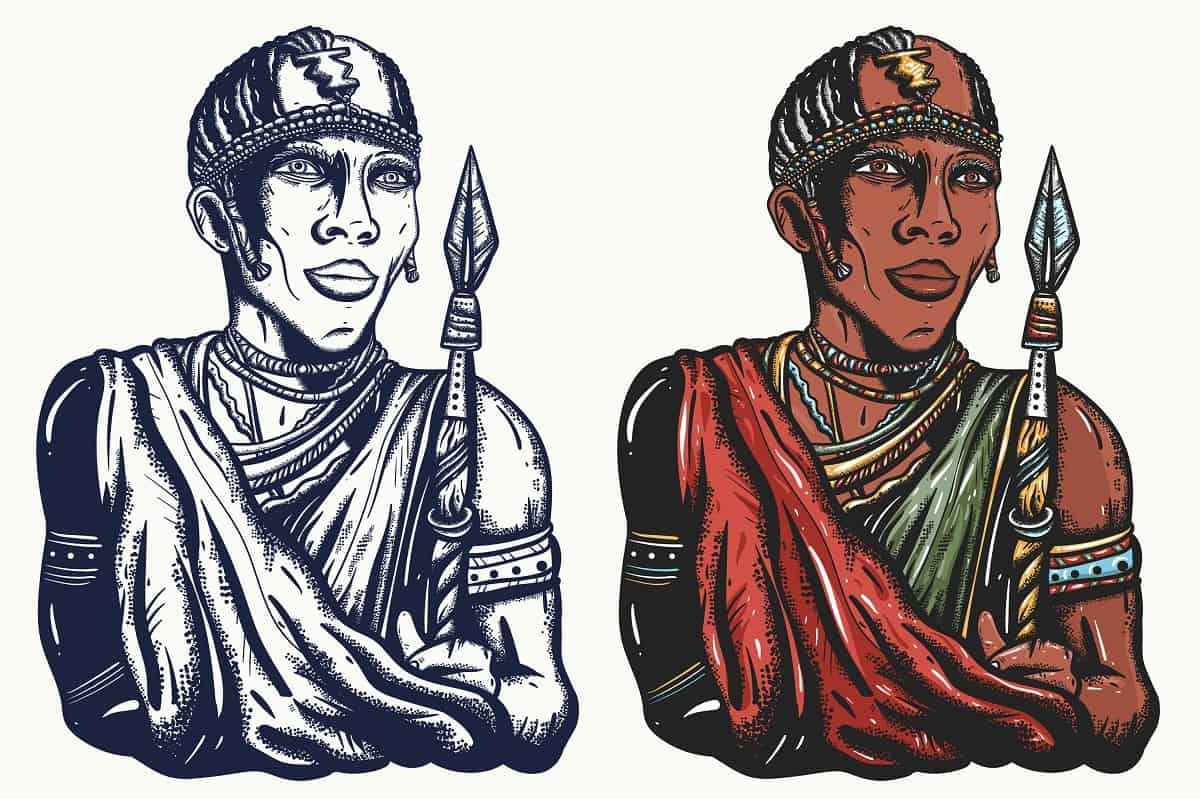