What Happens If A Tattoo Artist Messed Up?

If you’re working with an experienced tattoo artist with good recommendations, a clean tattoo studio, and dedicated work ethics, there’s nothing you should worry about, as long as the tattoo you detailed meets your expectations. However, for one reason or another, it can happen that your tattoo artist messed up and the tattoo you showed them didn’t come out good.

Preventive is the best measure, so it’s important to talk to your tattoo artist in-depth about the design you want and notice potential mistakes before they’re too hard to fix. Making mistakes when tattooing can be unpleasant for both the tattoo artist and the client.

That’s why we wrote an article on what happens if a tattoo artist messed up, and how to communicate your dissatisfaction without coming out rude.

What To Do If A Tattoo Artist Messed Up?

The best thing about dealing with tattoo mistakes is to notice the mistake as soon as possible. Usually, when the tattoo is messed up a sensible tattoo artist will offer some kind of compensation, cover-up, fix, or in the worst-case scenario a removal.

However, not everything is up to the tattoo artist themselves. It’s extremely important to communicate your wishes and design idea with your tattoo artist before scheduling the appointment for the first tattoo session. Sometimes, tattoo mistakes occur because of a mistake on the client’s end too.

Let’s take some tattoos for example. Many clients ended up dissatisfied after inking an important quote or a name, but they haven’t spelled it in the first place. Also, many tattoo mistakes stem from the fact that clients got the meaning of a certain letter or a word wrong.

The internet is full of misspelled Japanese Kanji or Chinese Hanzi characters simply because the clients weren’t sufficiently invested in researching the meanings of a certain symbol, ending up tattooing something dull and meaningless, instead of deep and meaningful.

That said, if you’re tattooing a verse, quote, or symbol, make sure to research it thoroughly, especially if the term is in a language that you don’t understand quite well and you need assistance translating it. If everything on your end is done well, it’s still important to communicate your wishes with your tattoo artist, as mentioned earlier.

If you have to ask a lot of questions ask them, and if your tattoo artist is feeling uncomfortable with them, find a new one. Your skin is getting stung with an ink needle so you need to ensure that you’re on a safe note when getting a tattoo. Don’t forget to research your tattoo studio too.

Now, let’s get to the mistakes themselves, and what to do.

Early Mistakes During The Tattoo Session

It’s important to be patient while your tattoo artist is working on your tattoo. The tattooing process includes shading, brushing, inking, and much more, so your tattoo may not look at what you want to look at first.

However, if there’s something that doesn’t look right for you, like an outline, a certain color, or a pigment, it’s important to voice it to your tattoo artist as soon as you notice it.

Remember not to be shy, because you’re paying for that tattoo after all. If you notice that the needle is forming a shape on your skin that doesn’t resemble what you gave to your tattoo artist, it’s important to voice it.

Note: The best solution is to tell your tattoo artist as soon as you see that something is going wrong.

That’s because if the mistake is noticed earlier, it’ll be easier to fix, and it won’t be too painful and cause too much discomfort to you and your tattoo artist.

Mistakes Noticed During The Healing Process

Most of the mistakes are noticed during the healing process of the tattoo.

That’s because a lot of the color is wearing off, and when the skin that was damaged starts to dry off and scab, it’ll look nothing like the tattoo you imagined, especially if the tattoo starts to lose its shade and color.

Note: In this case, it’s best to be patient and wait for the tattoo to heal.

That’s because your skin will be swollen and a lot of the dead skin is peeling off. Usually, after the tattoo heals, you can visit your tattoo artist for small reworks of the ink that has leaked or peeled off.

Also, keep in mind that sometimes healing problems can occur if you didn’t take extra care of your wound.

Noticing Mistakes After Tattoo Has Healed

Usually, the best thing you can do is tell your artist that something is wrong with a tattoo as soon as the session is complete.

However, if there are some small mistakes, the tattoo artist will offer the rework or some little patching and shading to make sure that the tattoo looks good and the client is satisfied.

Note: If you’ve only noticed that the tattoo isn’t the way you wanted it to be after it healed.

Talk to your tattoo artist and make sure to come up with a common solution like reworking your tattoo or covering the faulty element with some other symbol.

How To Fix A Messed Up Tattoo?

After you notice that there is a mistake with your tattoo, there are several ways to talk about this with your artist and see the best way to fix your tattoo.

Usually, if the tattoo is small, your tattoo artist will offer a quick fix and rework that will quickly patch up the mistake as if it was never there. The other methods require more engagement and can include covering the tattoo up with another tattoo, and in worst case scenario a laser removal.

Quick reworks will be done in the studio, and they are the best solutions when the tattoo mistake has been noticed during the inking process.

Perhaps, your tattoo artist forgot to add something to your tattoo, so you noticed that and voiced the mistake with them.

In some situations, the reworks can be done after the tattoo has healed, to cover up the ink that has broken up with more brushing and shading.

Note: If there’s a need for a quick rework, always tell your artist at the end of the session.

Don’t tell them that you’re satisfied with the result, and let it go just to regret it later. Make sure to talk to them about it before paying.

Covering Up With Another Tattoo

This isn’t the happiest solution and it usually happens when you’re completely unsatisfied with the tattoo and don’t want to keep the mess that the tattoo artist has made.

This is the compromise option but it’s important to voice it before paying and saying that you’re satisfied.

Cover up tattoos usually aren’t too big. They’re made for wrong or misspelled letters, dates that were inked wrong, and other things.

Note: The result of your cover-up tattoo may still not be up to your expectations.

Covered up tattoos are bigger and sometimes even messier than the original, but it’s down to the artist to what method they will use to cover up the mistake.

If you don’t want to cover up the tattoo you were unsatisfied with, the best and last option you have is to remove it in its entirety.

The most common approach with removing a tattoo is to remove it with a laser. The process will make your skin look almost as if there was never a tattoo at a given place.

That said, if you don’t want to remember the mistake that your tattoo artist made, the best thing is to go for this approach.

Note: The tattoo process is painful, the laser removal process can be just as painful and sometimes even more.

They are also quite expensive, so think about whether paying for a laser removal outweighs the horrible tattoo that was made.

Of course, not all tattoo sessions end happily. Some tattoo artists are hard for discussions and don’t want to accept the guilt upon themselves.

That’s why it’s important to communicate it with them properly and politely. Here we answer the common questions about tattoo mistakes.

What To Do If My Tattoo Artist Refuses To Take Responsibility For Mistakes They Made?

Sometimes tattoo artists don’t want to accept responsibility for the mistakes they made. That’s why you need to talk to them politely.

It’s extremely important to keep a polite tone and come to a common solution that will benefit both of you. Keep in mind that your tattoo artist also invests time and skill to make your tattoo a reality.

If the mistake was brought on because of your error, discuss it in depth.

Should I Sue Tattoo Artist For A Badly Done Tattoo?

Rising a lawsuit sounds radical, but realistic if the tattoo artist acts inappropriately and the mistake is theirs.

Professional tattoo studios offer a waiver that needs to be signed, so that tattoo artists would ensure that they will be clean in case of some crazy mistake.

However, if you can prove that the tattoo artist was negligent and irresponsible towards your skin and it ended up badly for you, a lawsuit could be worth it. 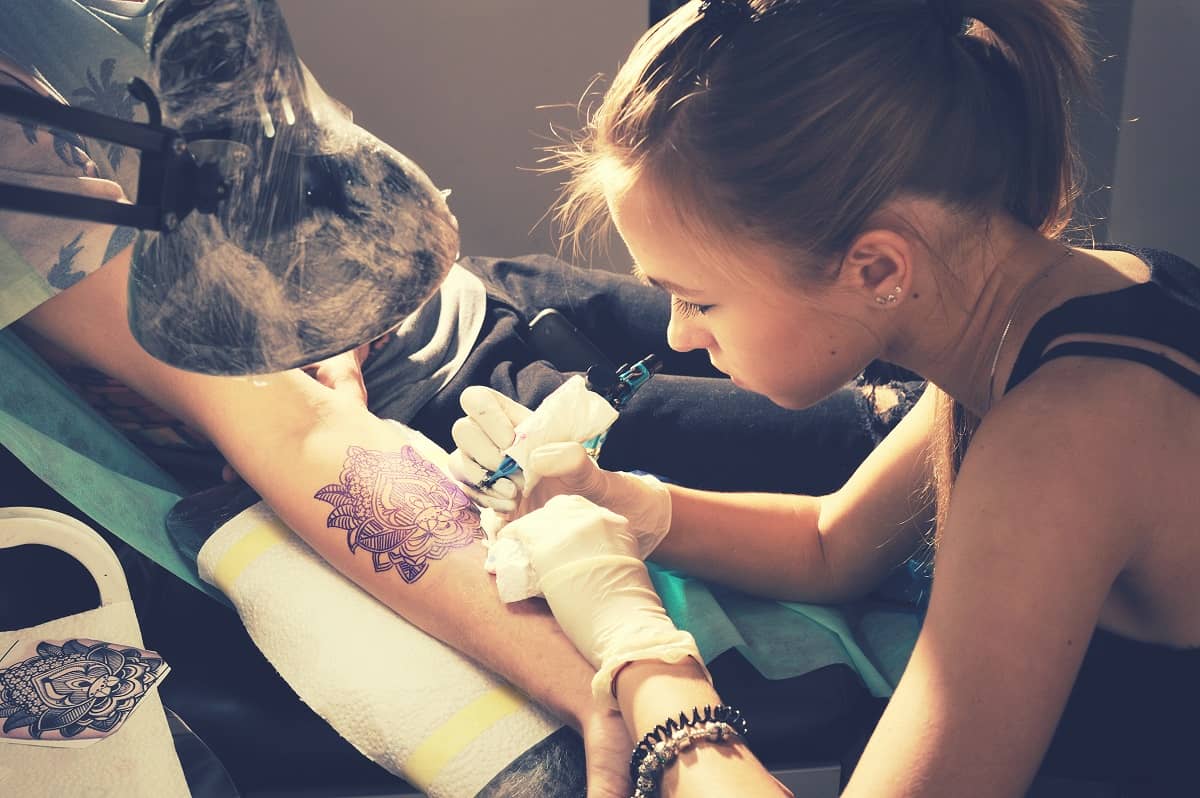 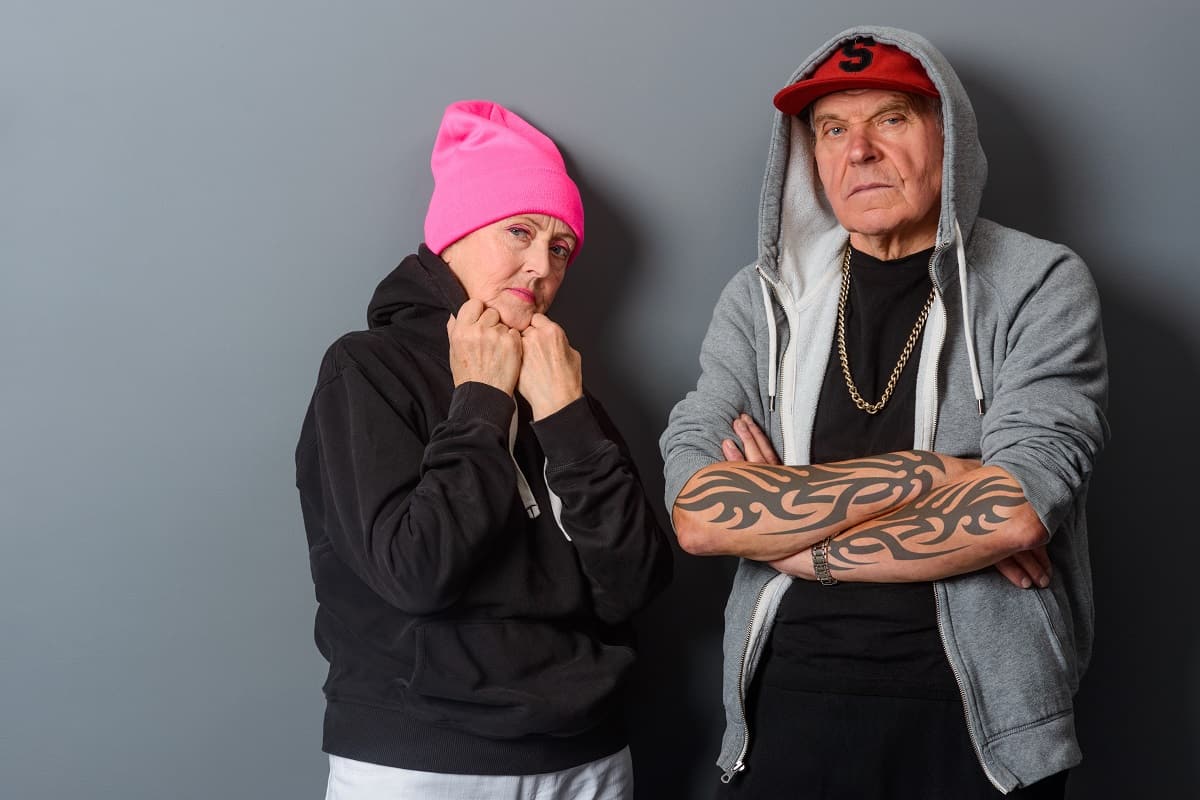 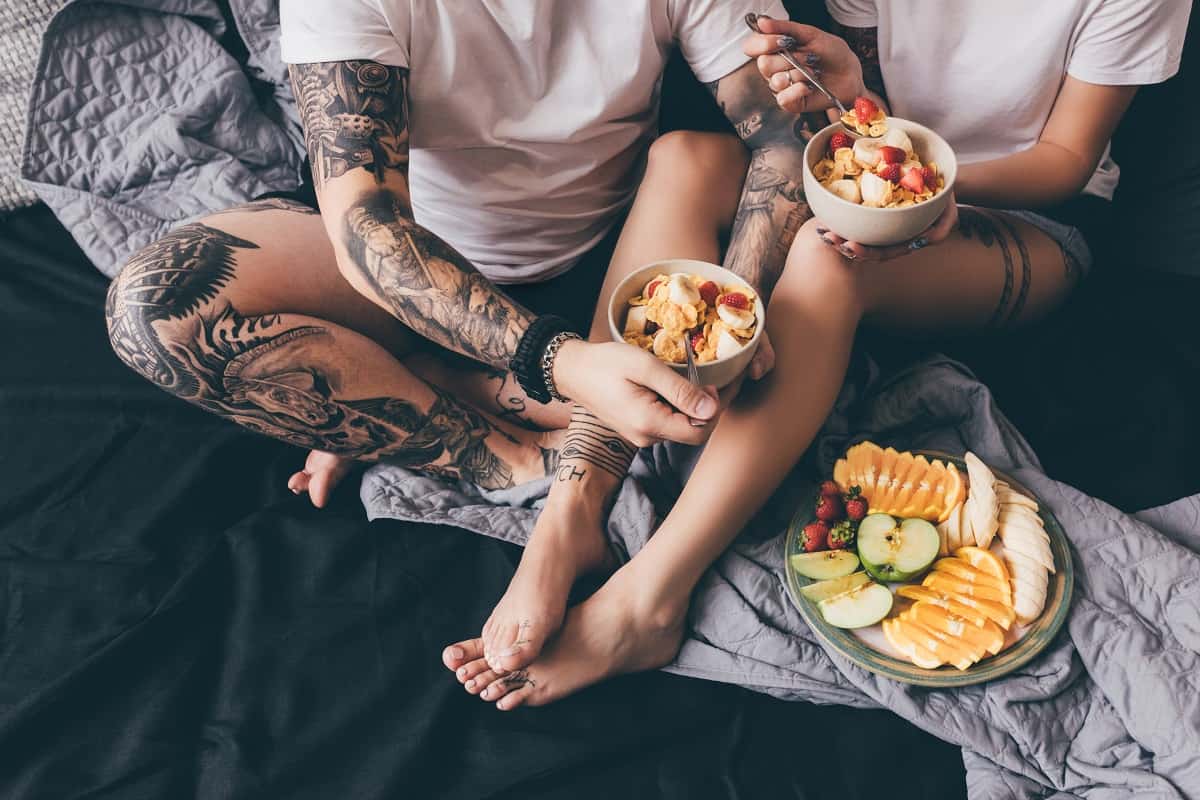 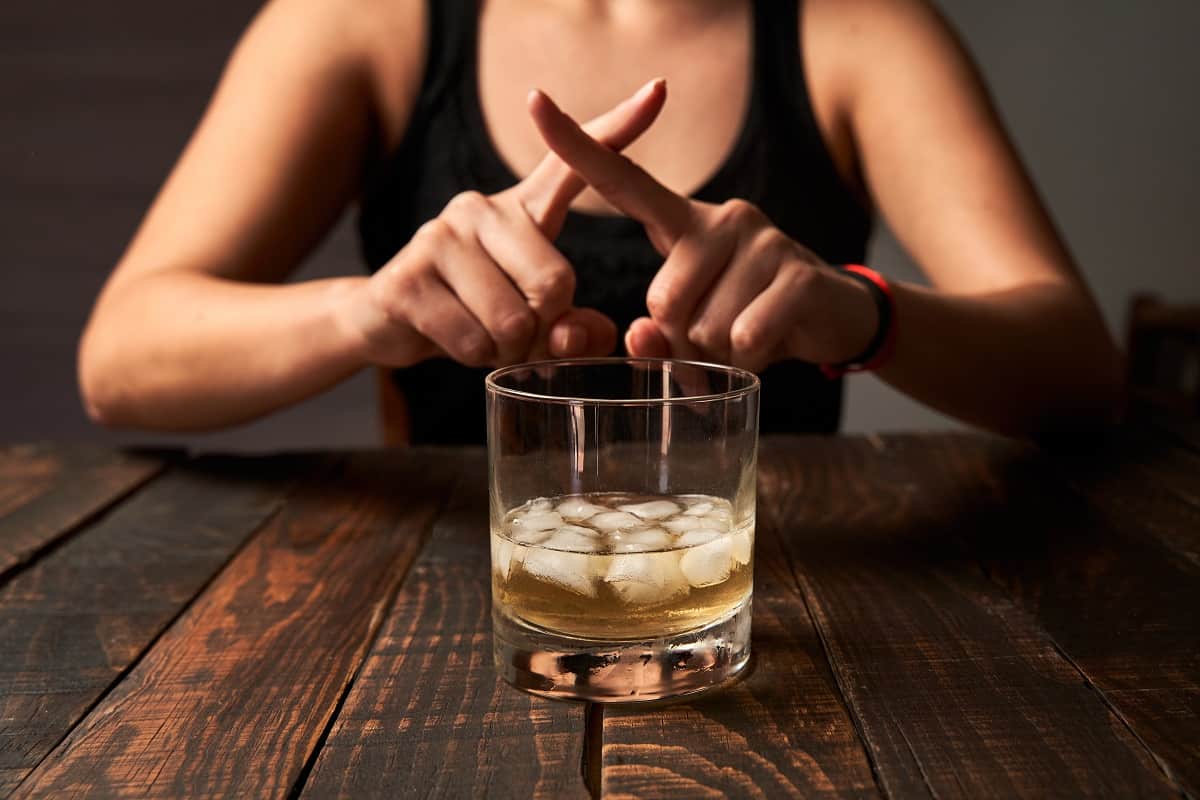 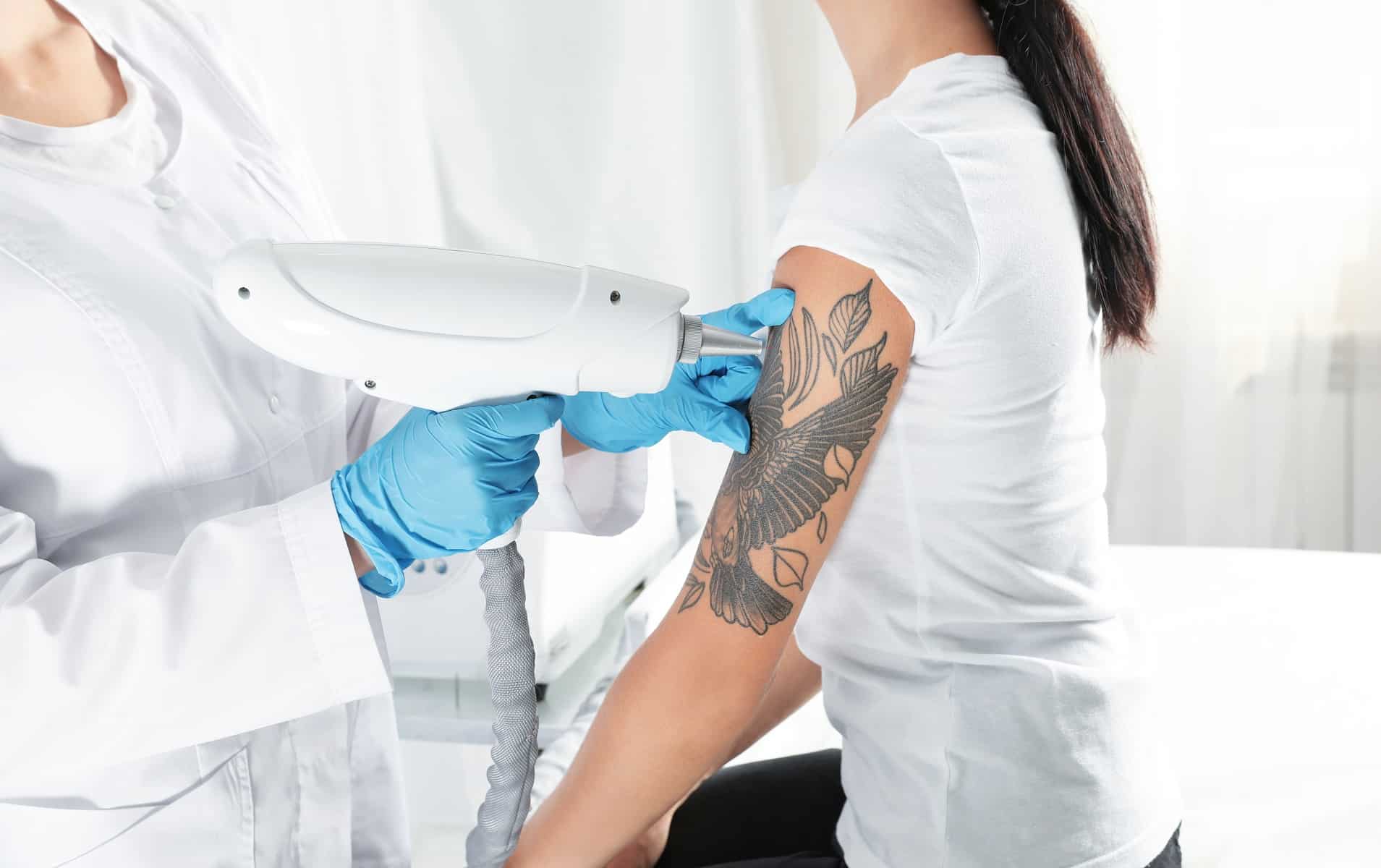 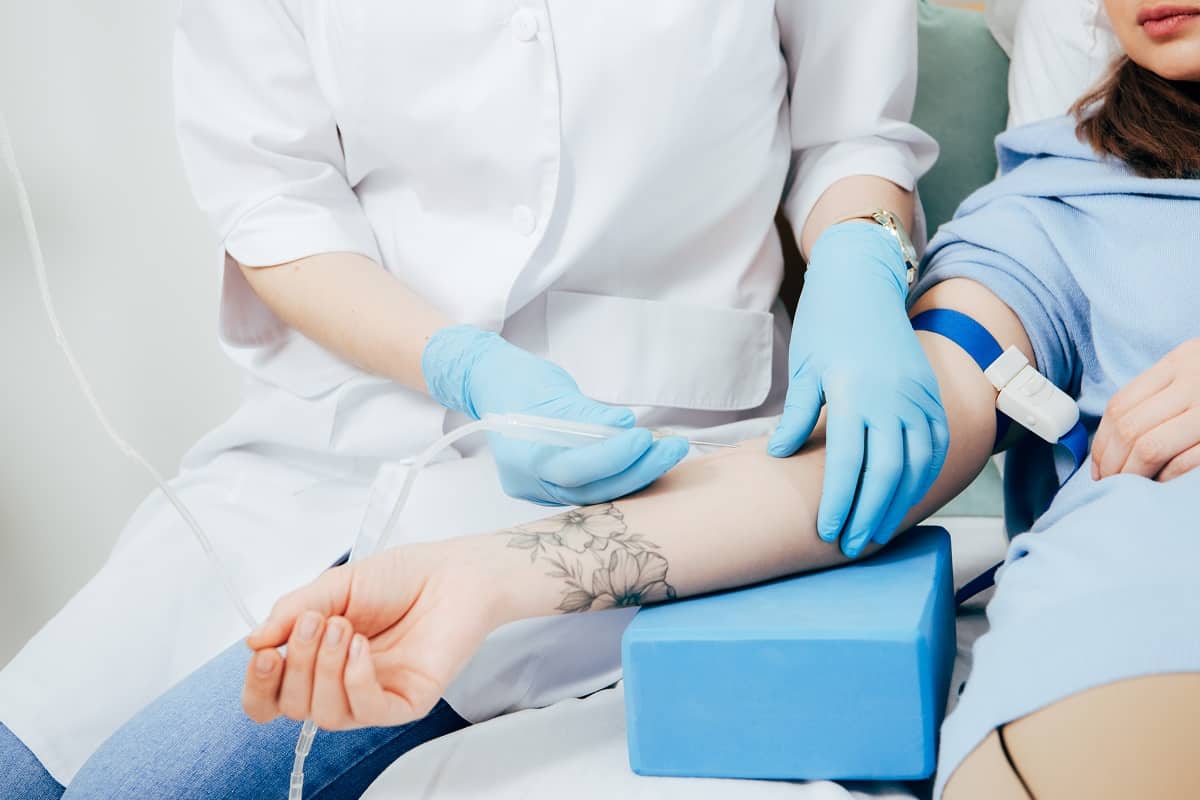 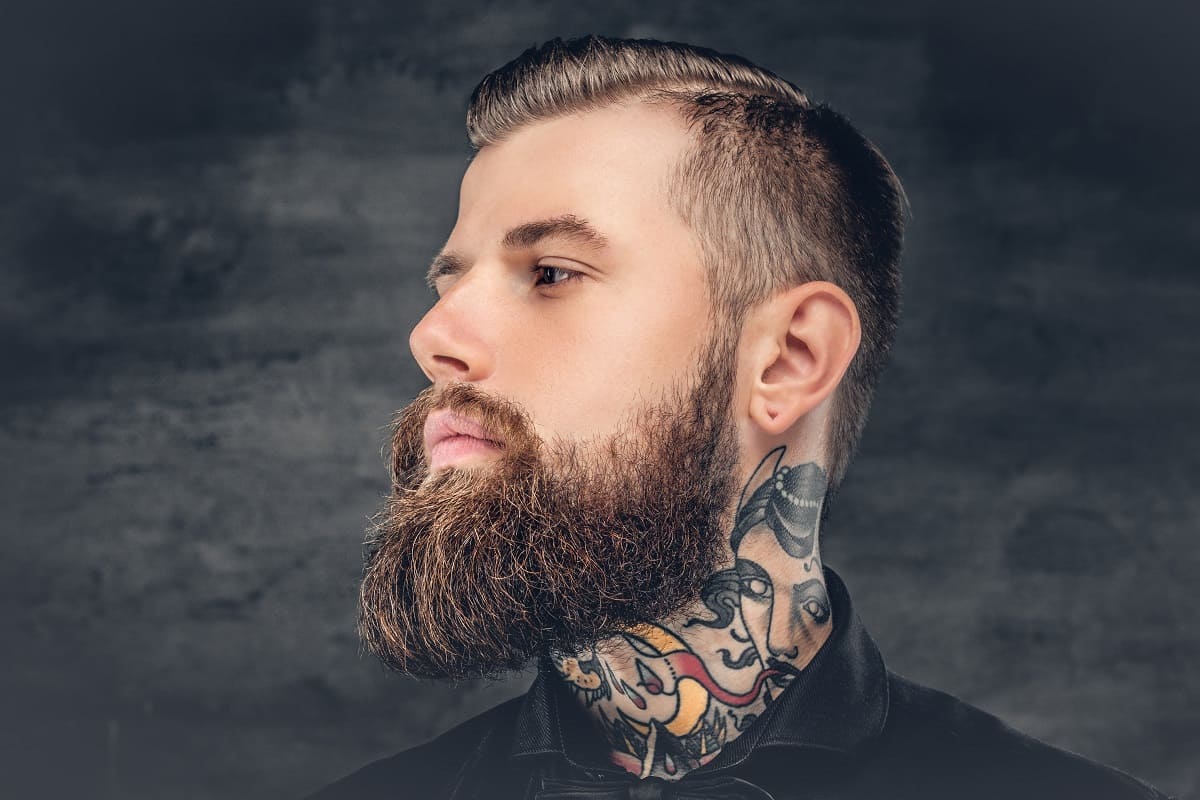 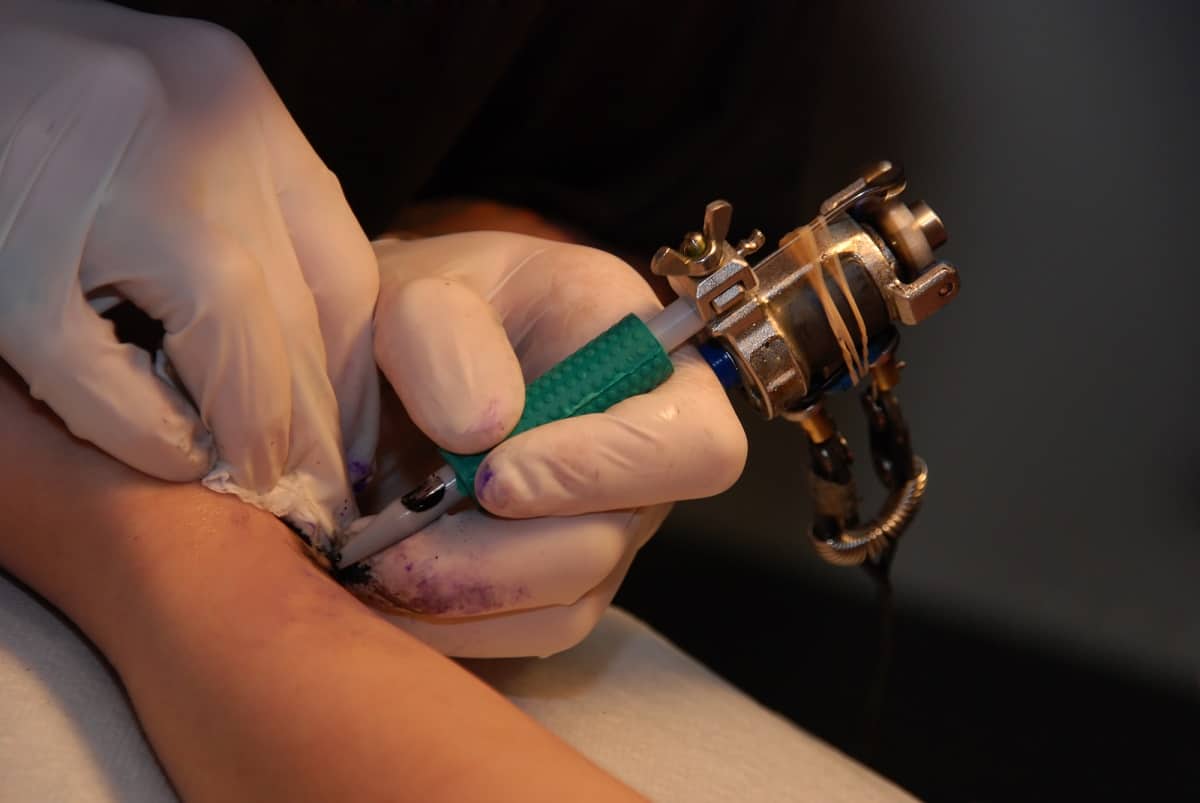 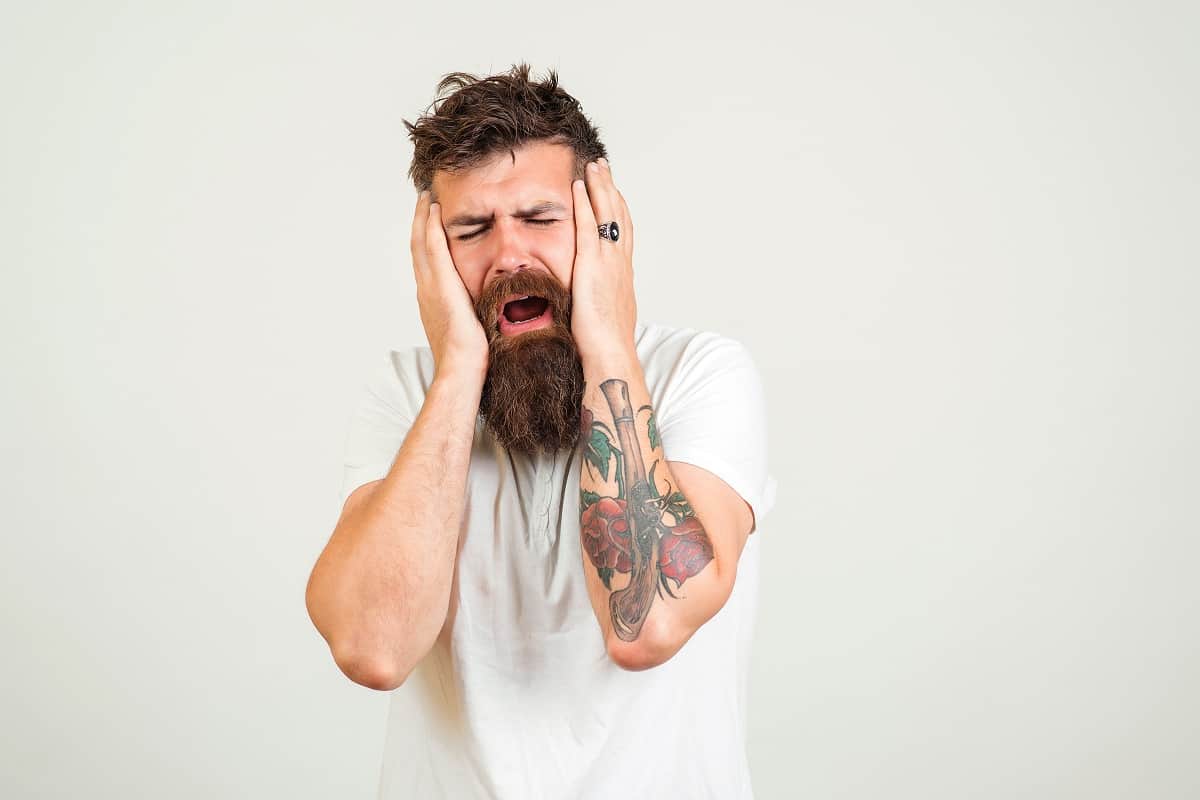