Japanese tattoos are probably the most popular and most recognizable tattoo styles. The Japanese tattoo tradition has existed for thousands of years now, and even to this day, it carries a veil of mystery and unknown to a lot of us.

So, if you’re looking to get a Japanese tattoo, but aren’t sure about the meaning or the design you should get, then this is the right place to be. In the following paragraphs we’ll dive into the symbolism, meaning, and design of Japanese tattoos, so let’s get started!

The History And Culture 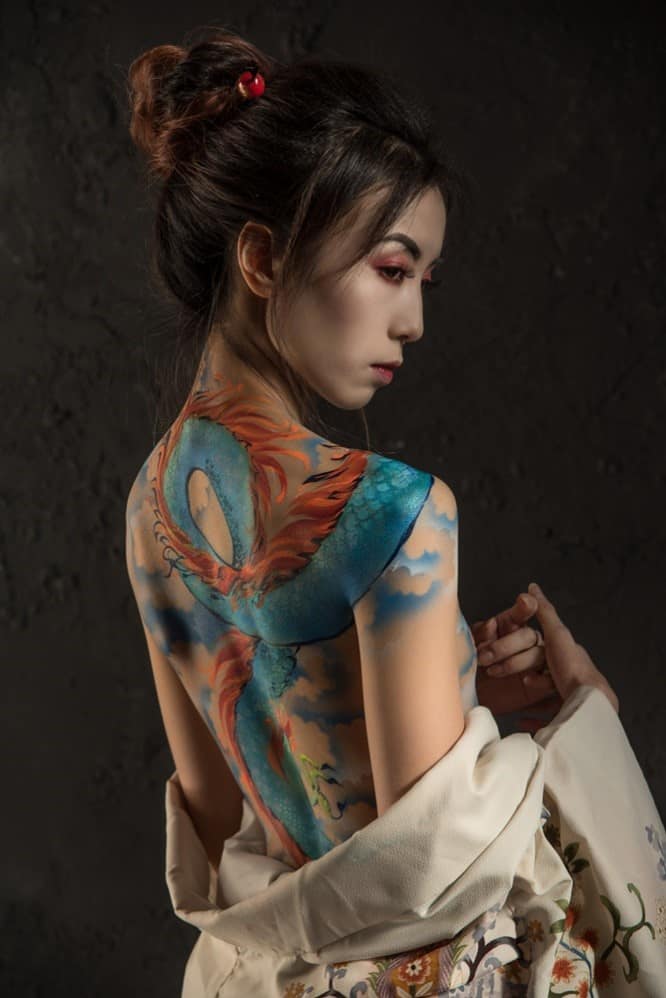 Before World War II, Japanese tattoos were used to depict social status as well as spiritual devotion. They were also used as a form of a charm for protection and spirituality.

However, Japanese tattoos were also used as a form of punishment for criminals and slaves, which also directly referred to the social status of those social groups.

However such tattoo practices were banned by the Japanese Emperor in the Edo period. That is when tattoos became a symbol of crime, the Japanese underground, and the Yakuza. However, Japan’s legal prohibition of tattoos was completely lifted in 1948 under the US occupation. That is when the Japanese tattoo artists began catering to American servicemen and the military.

The world was and still is amazed by the incredible Japanese tattoos, and to this day foreigners seek the best Japanese tattoo artists to get a true traditional tattoo.

The Meaning And Design Of The Traditional Japanese Tattoos

Here are the meanings and designs of the most popular traditional Japanese tattoos. They all carry historical, traditional meanings that stem from myths, legends, and traditional stories. All of the Japanese traditional tattoos need to be designed by experienced tattoo artists and done by hand.

This is the most popular Japanese tattoo design. The Japanese dragon symbolizes strength, wisdom, blessing, and the force of good. The symbolism stems from the traditional belief that dragons can manipulate elements for the benefit of the people and the good in this world.

Japanese dragon tattoos generally vary in design, so the dragon can have a head of a camel, the body of a snake or fish, the talons of an eagle, etc.

It usually comprises the elements of different animals or mythical creatures and occupies large parts of the body (most often the ‘sleeve’ area of the arm, the shoulder area, the upper and lower back, and upper thighs.

Another popular Japanese tattoo design stems from the myth of a monstrous turtle and giant salamanders reaching from the shallow water to grab everyone near.

Because of this myth, Kappa’s are described as troublemakers and law-breakers. They apparently like to kidnap children and assault women, which is definitely beyond mythical and a cover story for the law-breaking outcasts.

We are not sure why such tattoos are popular with foreigners, but we assume the majority of people don’t really know the story and the meaning of the Turtle tattoos.

When it comes to the design of the tattoo, the most notable feature is the little water-filled cavity on the top of the turtle’s head. When the cavity is dry, this means that the turtle is powerless.

They are often colored in red and black to further emphasize their wrathful symbolism. These creatures often carry the meaning of war and destruction, so the red color also depicts militant symbolism. The tattoo is often placed somewhere visible, but the majority of people tend to place it on the back, upper thigh, or chest area.

The story of the koi fish swimming upward the stream, reaching the top of a waterfall, and being transformed into a dragon is one of the most popular Japanese and Chinese legends.

Koi fish is a traditional Japanese symbol of wealth, success, ability to overcome struggles, courage, and determination. Depending on the color of the Koi fish tattoo, it can carry a combination of different meanings, for example; masculinity, motherhood, strength, bravery, independence, success, wealth, desire, etc.

The Japanese lion tattoo isn’t really what you might expect them to be. The lion in such tattoos is a combination of a dog and a lion, where the lion has rather pointed ears.

Therefore, the meaning of such a tattoo is often dual, comprising the meaning of the dog and the lion. The symbolism often refers to courage, bravery, protection, strength, loyalty, etc.

Both dog and the lion in Japanese tradition carry the meaning of one’s heroic aspirations and the need to serve as protectors. Japanese lion tattoos can be both small or big, and they sit best on the shoulder and arm area, especially the forearm, as well as the calf and thigh area.

In Japanese, Hebi means snake, and Irezumi means tattooing. The Japanese snake tattoos often depict the oriental idea of a snake. Nevertheless, the snake in the Japanese tradition carries a meaning of rebirth, transformation, and change, mostly because snakes are known for shedding their skin. Japanese snake tattoos can also be a symbol of good luck if a snake is white.

However, if the tattoo depicts a black or dead snake, that is considered to be a very bad omen. The snake tattoos are often placed on the shoulder, arm, and chest area, as it seems these areas present the imagery the best.

In Japan, the phoenix is a symbol of the imperial household. Therefore, the meaning of the Japanese phoenix tattoos often revolves around the imperial characteristics, like obedience, justice, fire, sun, etc.

However, the phoenix can also symbolize both harmony and disharmony, as well as good and bad times. The phoenix is often depicted in rather big tattoos; it has a longer neck, exceptionally large wings, and often features the color scheme of fire and sun.

What Is A Japanese Tattoo? 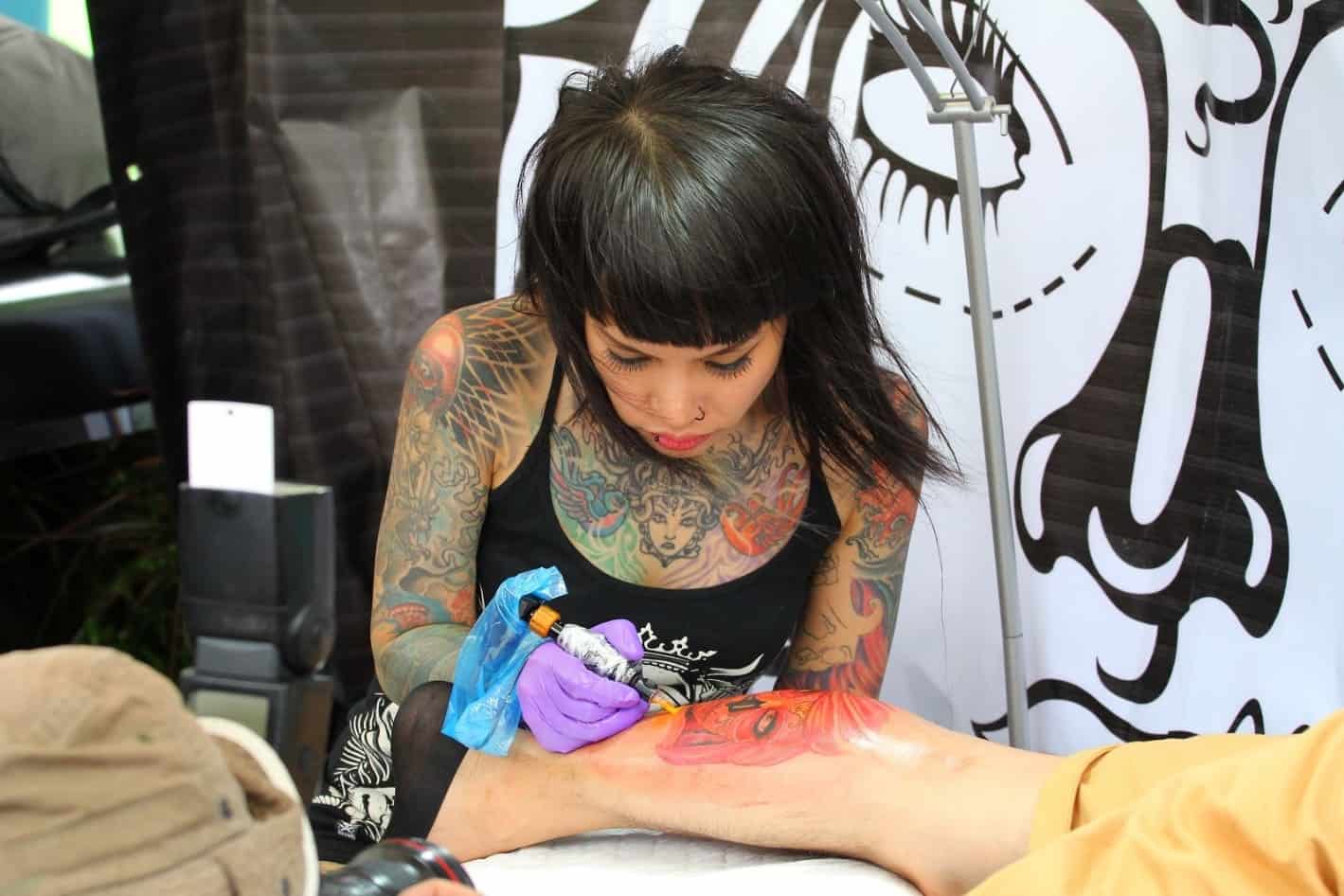 A Japanese tattoo can be a traditional or modern depiction of the Japanese mythical creatures and legends onto one’s body. The process of Japanese tattooing is known as Irezumi and can be done using non-electrical tools (Tebori technique) or the mainstream tattoo needle.

Japanese tattoos are often associated with the Japanese mafia or Yakuza, but nowadays is a global phenomenon and a style that appeals to foreigners and visitors of Japan.

Do Colors In Japanese Tattoos Have Meaning?

Yes, of course! Colors are one of the main features of a traditional Japanese tattoo design. Let’s take a look at some of the main color meanings;

Why Are Japanese Tattoos Associated With Crime?

The reason Japanese tattoos are often associated with crime lies in the events of the Edo period. During the Edo era (1603-1869), criminals and slaves were branded with tattoos to identify and punish them.

During this era, people like murderers, burglars, attackers, and anyone doing something illegal had to wear a tattoo that would show their social status and criminal history.

Even though the ban on tattoos remained until World War II, in 1948 the ban was lifted with the arrival of the US army. However, the stigma remained, and nowadays Japanese tattoos are associated with the underground, mafia, and Yakuza.

Is It Disrespectful To Get A Japanese Tattoo As A Foreigner?

Japanese people are not generally offended when foreigners get traditional Japanese tattoos. They even find it flattering that foreigners are interested in their history, tradition, and culture.

However, what they do find disrespectful is when foreigners get traditional Japanese tattoos without actually knowing the meaning behind the tattoo.

So, make sure to always research the meaning of a particular tattoo design if it’s traditional. This way you’ll avoid offending and disrespecting the Japanese tradition and culture.

What Are The Rules Of Japanese Tattoo Design? 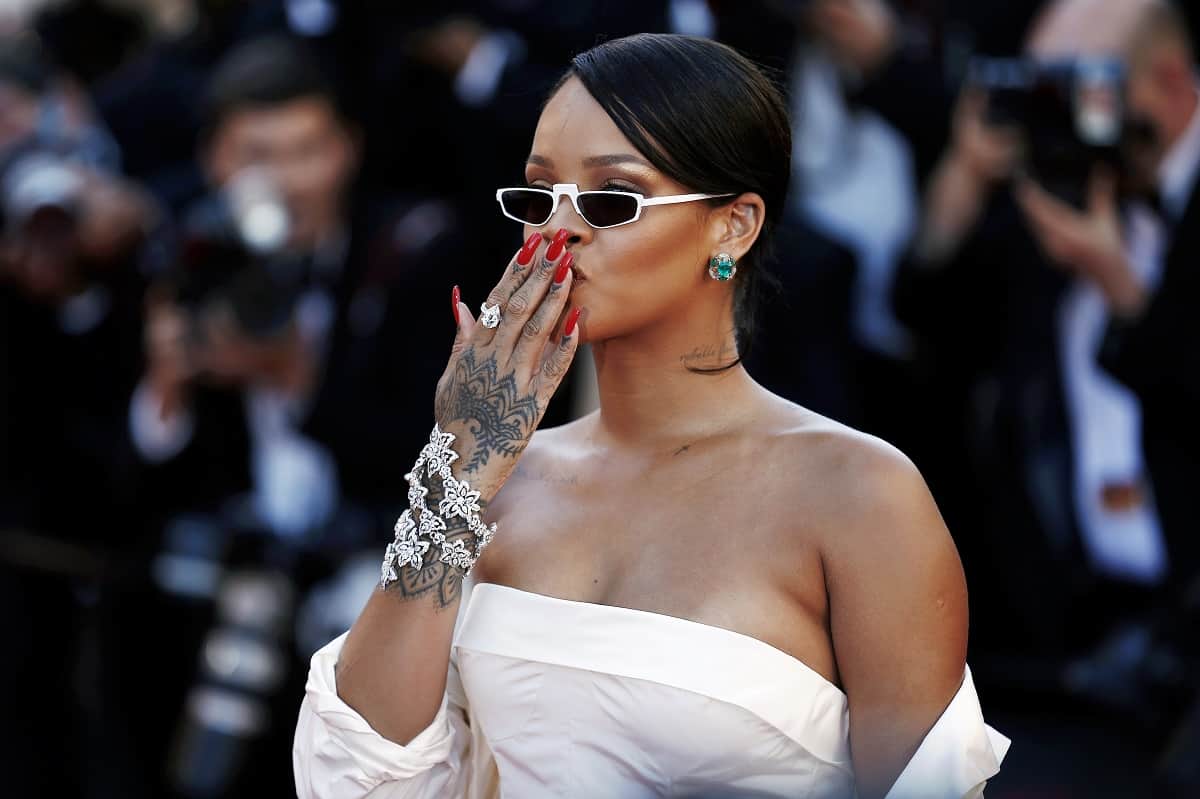 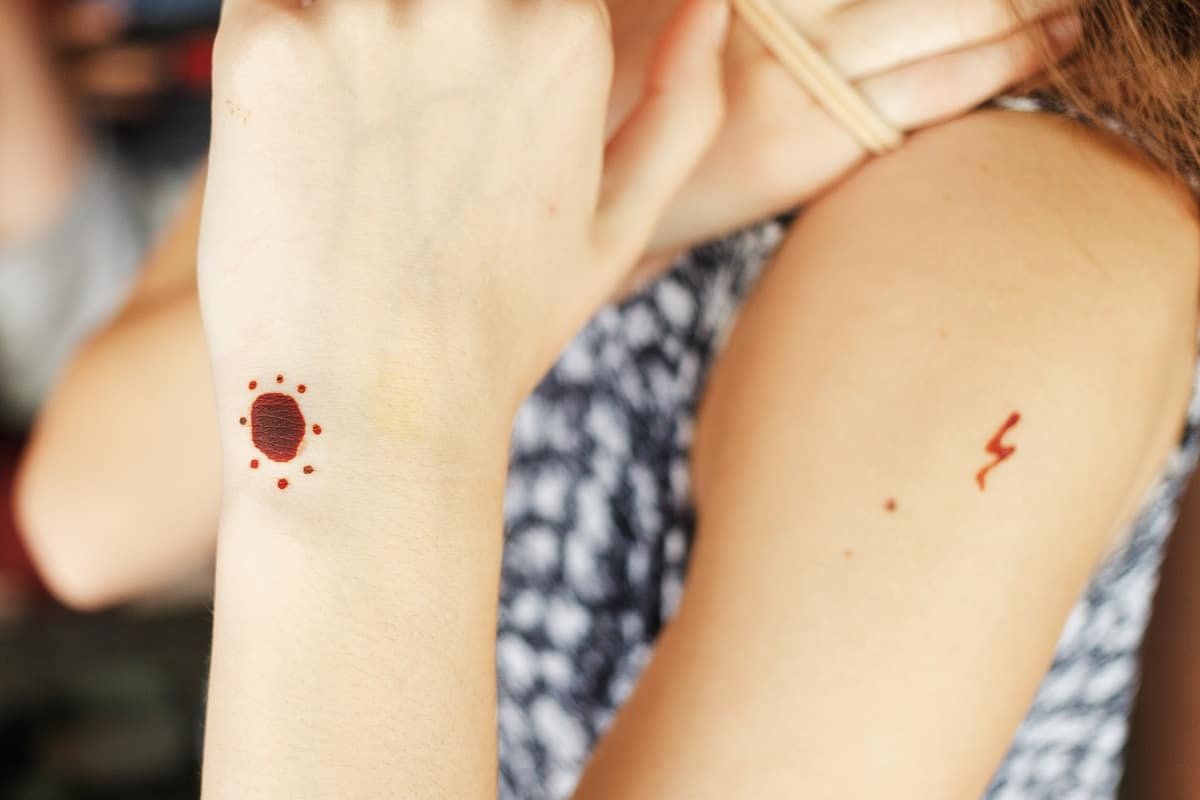 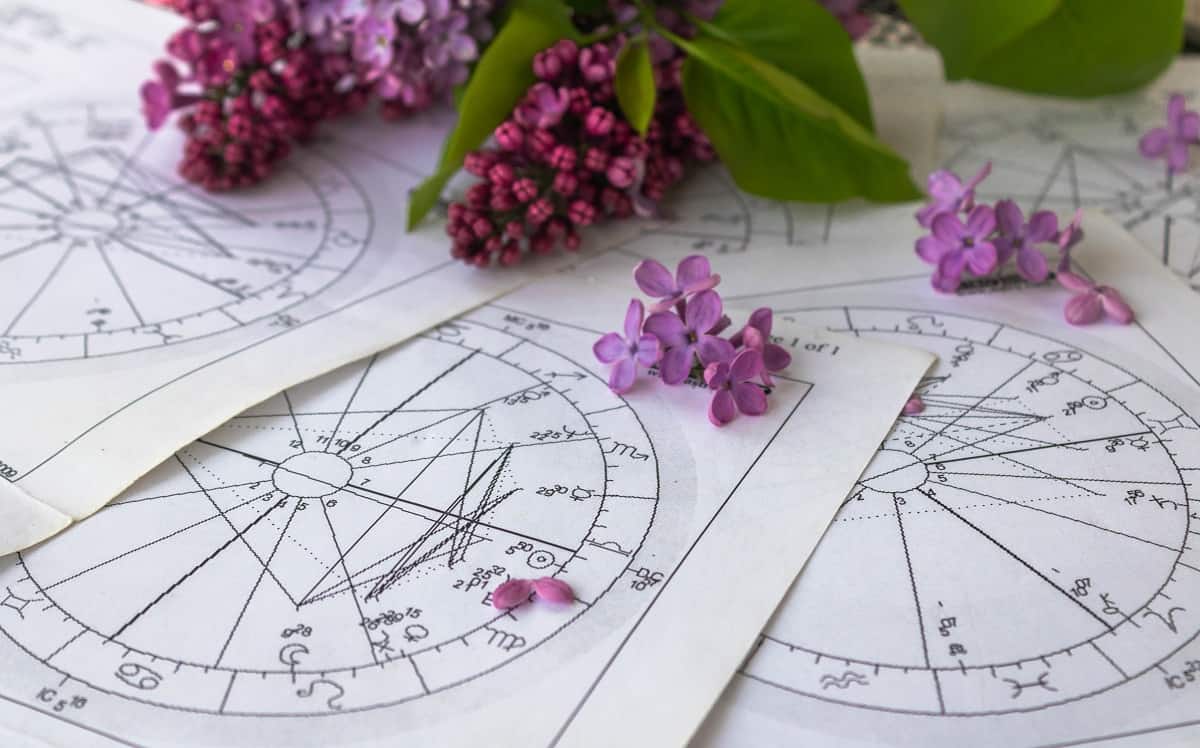 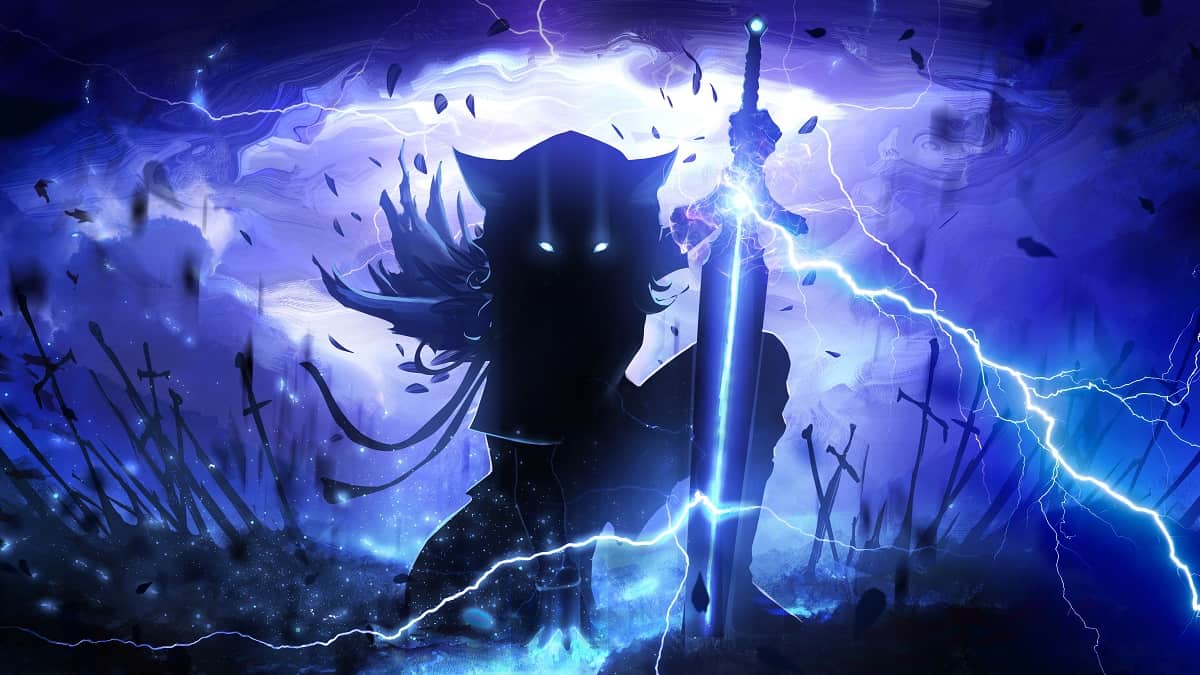